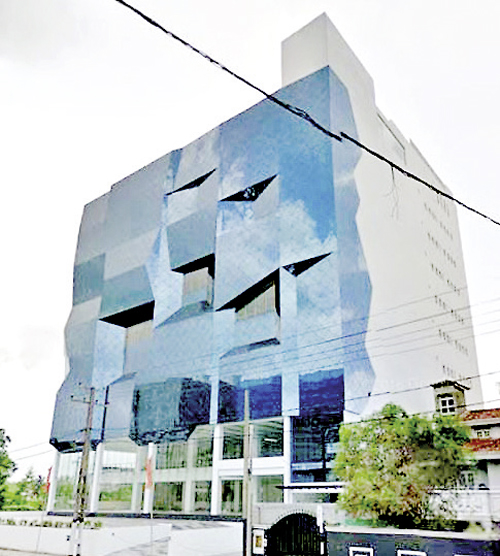 In a surprising turn of events, former Minister of Agriculture Duminda Dissanayake last week blamed Prime Minister Ranil Wickremesinghe for the controversial building lease for the Ministry of Agriculture.

The former Minister made this disclosure while providing evidence before the Presidential Commission of Inquiry (PCoI) probing allegations of large-scale corruption under the current administration between 2015 and 2017.

Sri Lanka Freedom Party (SLFP) MP Dissanayake appeared before the Commission on Tuesday (10). Dissanayake told the PCoI that it was unfair of the Commission to question him on the controversial lease agreement signed between the Ministry of Agriculture and the D.P. Jayasinghe Group of Companies at a total cost of Rs. 1.3 billion, as all decisions on the transaction were taken by Prime Minister Ranil Wickremesinghe.

The Premier to be blamed

Dissanayake made this statement in response to Commissioner Sarojini Kusala Weerawardena’s question on whether he admitted that the agreement to move the Ministry of Agriculture to a building owned by the D.P. Jayasinghe Group of Companies caused a loss to the State as well as the taxpayer.

Commissioner Weerawardena, prior to posing the question, noted that there were many irregularities in clauses of the lease agreement such as floor area and payments for such areas. 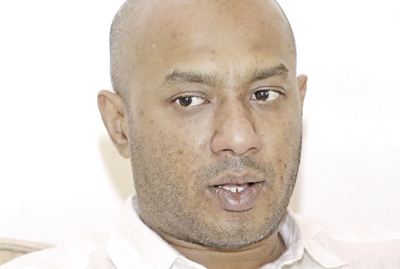 In response, MP Dissanayake said that he did not peruse the lease agreement and that all required measures to procure the building were taken by the Prime Minister and his office.

“The Prime Minister presented the cabinet paper wherein he mentioned the floor area of the building, the rent, and all other relevant information. This was approved by the Cabinet and I was just implementing that decision as I have a responsibility to carry out their wishes. When you ask me about floor space and other problematic aspects, I have no answer to give you. What can I say?” Dissanayake told the PCoI.

He went on to say that the decision taken in 2016 to shift the Ministry of Agriculture was due to persistent demands from the Prime Minister and Parliament and that he had no say in the matter.

The Presidential Commission also inquired into the Rs. 402.5 million spent on the furnishing, carpeting, installing of IT systems, and air-conditioning of the building, to which Dissanayake replied: “We had to convert the building to suit a ministry.”

Earlier this year in July, the attorney who prepared the lease agreement revealed that there was no termination clause.

Absence of a termination clause

Attorney-at-Law Fatima Abeywardena Gunawardana said that both parties – the Ministry of Agriculture and the D.P. Jayasinghe Group of Companies – agreed to not have a termination clause.

“Secretary to the Ministry at that time, B. Wijeratne told me that there was no need for such a clause. I was entrusted with preparing the agreement by D.P. Jayasinghe Company Co-Director Upali Jayasinghe. Since there is a termination clause in such agreements to end the contract before the conclusion of the slated period, I specifically asked the Ministry of Agriculture and they too agreed to not have such a clause.”

When The Sunday Morning inquired, it was found that B. Wijeratne was not in the public service anymore and that he had in fact retired.

Secretary to the Prime Minister Saman Ekanayake, making a five-hour long statement to the Commission, informed that the building was leased on an excessive monthly rental due to the inefficiency of the ministry officials.

He also told the Commission that the lease agreement with D.P.A. Jayasinghe & Company and the Agriculture Ministry was signed in 2016 without the approval of the Attorney General (AG).

When The Sunday Morning reached out to Secretary to the Prime Minister Saman Ekanayake to clarify the veracity of MP Dissanayake’s claims, Ekanayake responded that Prime Minister Wickremesinghe would answer that question when he appeared before the PCoI.

When asked about the lease agreement and the lack of a termination clause, Ekanayake stated that he did not want to comment and once again asserted that the Prime Minister would reveal all the details during his testimony.

The Prime Minister is expected to appear before the PCoI probing allegations of large-scale corruption tomorrow (16) at 9.30 a.m.

Railway project on hold: Rs. 40 b dent on state coffers