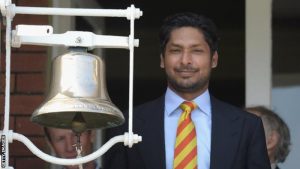 Ex-Sri Lanka batsman Kumar Sangakkara has been named as the next president of Marylebone Cricket Club (MCC).

Sangakkara, 41, will be the first non-British president of the MCC and his one-year stewardship will begin on 1 October 2019.

“It is a huge honour,” said Sangakkara.

“2020 is going to be yet another significant one in cricket, especially at Lord’s, and I am thrilled I am going to be able to play a part in supporting its future as president of MCC.”

The MCC, who are based at Lord’s, remain the guardians of the laws of the game and uphold the spirit of cricket. 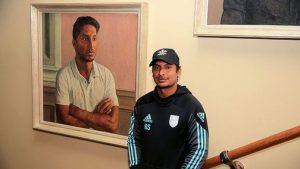 Sangakkara’s tenure will include two Tests at Lord’s – against West Indies and Pakistan – and the launch of The Hundred competition.

He succeeds Anthony Wreford in the role. (BBC)

March 12, 2020 byRevatha No Comments
England’s cricket team will refrain from taking selfies with fans on their tour of Sri Lanka due to the coronavirus