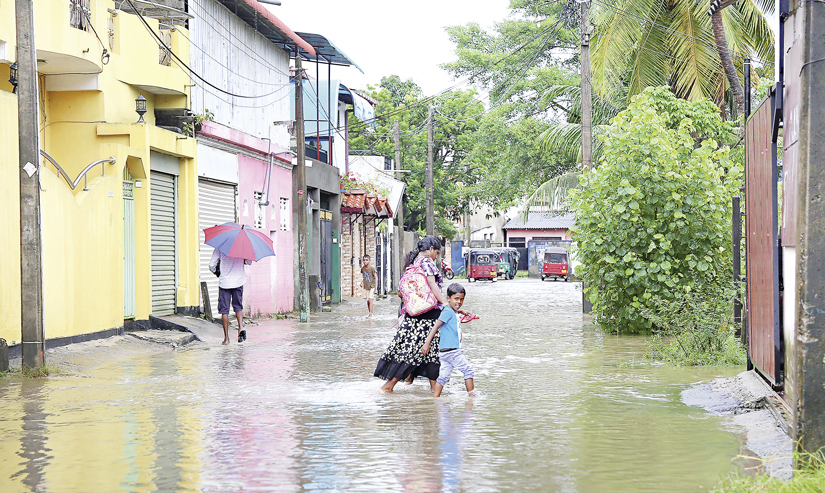 Sri Lanka on the verge of an environmental catastrophe?

According to local media reports, thousands of students in Australia and other Asia-Pacific countries took to the streets last Friday (20) to begin a global strike, demanding that world leaders gathering for the UN Climate Action Summit 2019 do something about the oncoming environmental calamity. The objective of the strike was to bring attention to the looming effects climate change has on the planet, which it most certainly does. Sri Lanka too has massive strikes almost on a daily basis, but not for the same reasons. This tiny island rarely speaks of the impending doom it will meet in the near future if nothing is done to mitigate the issue which is climate change.

According to a report titled Human Impact Report – Climate Change by the Global Humanitarian Forum in 2009, an estimated 325 million people are severely affected by climate change annually. In addition to this, it stated that roughly more than 300,000 individuals die due to it every year. This is certainly no laughing matter, especially to us Sri Lankans. According to the Germanwatch Global Climate Risk Index of 2019, Sri Lanka won silver for the country in being most vulnerable to climate change in the world, coming in as a close contender to Puerto Rico. Furthermore, in May 2017, Sri Lanka faced massive landslides and floods after strong monsoon rains in the southwestern region. The monsoons displaced more than 600,000 people from their homes. Germanwatch had further stated that the region mostly affected was Ratnapura, with over 20,000 people being impacted by flash floods. 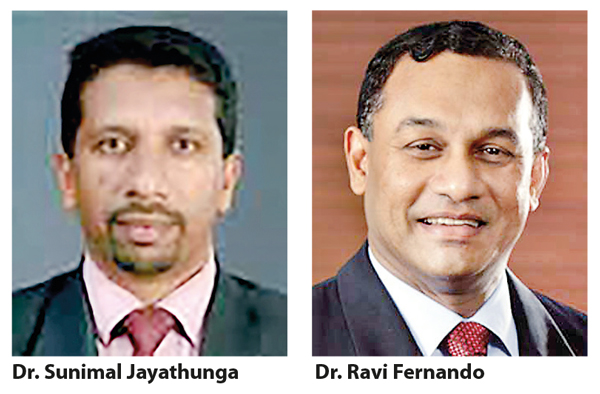 The current heavy rains have inundated many parts of the country and brought misery to lots of people.

According to the Disaster Management Centre (DMC), 80,014 persons from 20,817 families are affected while one individual was reported dead as at the 26th instant due to adverse weather conditions prevalent in the country. The affected districts were Galle, Matara, Hambantota, Kalutara, Colombo, Gampaha, Kandy, and Kegalle according to News.lk. Furthermore, the water levels of Kalu, Nilawala, and Gin Rivers and the Attanagalu Oya were reported to have been on the rise as of 25 September.

Climate emergency: Why we should be worried

Speaking to The Sunday Morning Brunch was Global Strategic Corporate Sustainability (Pvt.) Ltd. Chairman/CEO Dr. Ravi Fernando, who was able to give us a much clearer understanding with regard to this topic. According to Dr. Fernando, the issue of climate change is no longer referred to as simply climate change but as a “climate emergency”. The reason for this is that since the year 2000, every year has been warmer than the preceding year on average and 2019 is recorded as the hottest year on Earth. Occurrences such as these have caused a change in names due to the seriousness of the situation. Furthermore, Sri Lanka supposedly recorded its highest temperature in 140 years in 2019 as well. Dr. Fernando elaborated that the reason for the planet warming is many countries – including Sri Lanka – burning a lot of fossil fuels for their energy requirements and energy grids, which produces carbon dioxide and a whole host of other greenhouse gasses. These gasses are trapped in the Earth’s atmosphere, thereby heating up the entirety of the planet.

“As the planet heats up more and more, a variety of extreme weather conditions occur,” revealed Dr. Fernando. These weather conditions are droughts, high temperatures, excessive rainfall, tornados, and hurricanes. Moreover, approximately 22 out of 25 districts in Sri Lanka are experiencing drought. To make matters worse, Dr. Fernando stated that globally, the number of these extreme weather events has now reached 500 per annum, whereas way back in the 90s, it was a mere 150 incidents yearly. These weather conditions mentioned have a rather drastic impact on the environment, thereby leading to adverse effects. Dr. Fernando mentioned that according to CNN reports, a glacier in Iceland which was supposed to melt in 2070 melted this year. This directly translates to an increase in the sea level. Moreover, they had also named five cities which are to be expected to be affected by the sea level rise, in which Colombo was included. This was further emphasised by the fact that the Intergovernmental Panel for Climate Change (IPCC) had mentioned that in the next 12 years, if countries do not quit their bad habit of using fossil fuels, the world will experience unprecedented climate emergency with sea level rise.

Why should we care?

If climate emergency has still not captured your interest, maybe this will help. Climate change not only adversely affects the environment around us, it impacts us as well.

Dr. Fernando explained that when noxious gases such as greenhouse gases get released into the atmosphere, we end up breathing these pollutants and absorb petrol and diesel fumes which contain mercury and lead particles. “Due to inhalation of such gases, many individuals end up with cancer, stroke, and various other respiratory diseases,” Dr. Fernando added. A study conducted recently by the Ministry of Health also confirms this. They had recently done a report on the Norochcholai Power Plant with regard to what actually happens to the coal ash emitted by it. The report showed that the coal ash had travelled as far as Kandy and Gampaha. It is also reported that when the people living within a 50 km radius of the area were tested, the hair of these individuals contained mercury samples, which could once again lead to cancer according to Dr. Fernando.

Is the Government aware?

Shedding more light unto the Government’s role in this whole ordeal was Climate Change Director attached to the Ministry of Mahaweli Development and Environment Dr. Sunimal Jayathunga. “Climate change is a cross-cutting issue. It affects many sectors and greenhouse gases come from many sectors such as energy generation, transport, waste management, and more. The Ministry of Mahaweli Development and Environment merely acts as a focal point, and their role is the facilitation of those agencies responsible for implementing climate change-related activities in the country. In fact, there is no single agency or institution responsible for climate change here in Sri Lanka,” Dr. Jayathunga concluded. Adding onto this, Dr. Fernando showed how “efficiently” the Government has been handling the issue of climate change.

He revealed that in 2015, the Government signed the Paris Agreement/Paris Accord, in which they made two major commitments (Nationally Determined Contributions or NDCs). One was that by 2020, 60% of Sri Lanka’s energy will be achieved through renewable energy sources. The second one was that by 2030, Sri Lanka will achieve 80% of its energy requirements through renewable energy sources. Furthermore, there was an unwritten commitment which states that they will not allow deforestation.

Sure, Sri Lanka signed the agreement, but was anything actually done? According to Dr. Fernando, the Ceylon Electricity Board made a plan called the Long-term Power Generation Expansion Plan which shows that 80% of energy will be achieved through fossil fuels and a mere 20% of renewable energy sources will be implemented by 2037. Additionally, Sri Lanka has also destroyed 84% of its rainforest cover. Well, we sure seem to have planned ahead.

Involvement of the corporate world

What about big corporates and their CSR (corporate social responsibility) projects? Dr. Fernando bluntly stated: “CSR does not equate to sustainability.” He revealed that the main reason companies do CSR projects is because in 1997, John Elkington introduced a concept called the “triple bottom line” which basically means that there is no use of ensuring economic profit alone and it should be achieved without negatively impacting the environment. Hence, it should contribute to social progress. According to Dr. Fernando, globally, companies such as Google, Amazon, Microsoft, Ikea, Patagonia, and Tesla are embedding sustainability in their corporate strategy. However, in Sri Lanka unfortunately, there is yet no company which has gone for 100% renewable energy for all its energy requirements.

Dr. Fernando explained that according to United Nations statistics, the world needs to spend $ 5.3 trillion per annum in the next 10 years to solve the problem of climate change, by investing in renewable energy and electric transportation. But the sad and often disappointing reality is that the world uses $ 5.7 trillion to subsidise fossil fuels.

“What we are basically doing is something similar to giving sugar at a lower price when we know it causes diabetes,” Dr. Fernando stated in frustration.

They say ignorance is bliss, but we beg to differ. Dr. Fernando stated: “Sri Lanka is living in a well and is totally oblivious to what’s happening around the rest of the world.” This reign of ignorance in Sri Lanka must come to a screeching halt and educating certain important individuals and bodies is the right way to go. According to Dr. Fernando, the people who need to be made aware of climate change are the national leaders of the country. “We cannot blame them for not knowing the current situation as they have not got any exposure to the subject of climate change and sustainability,” Dr. Fernando elaborated. Additionally, energy ministers and electricity utility companies, the Ministry of Finance, and Central Bank need to be educated as they are the bodies that provide the monetary funds for these lethal projects mentioned previously. Even business leaders, CEOs, chairmen of boards, and their finance directors need a quick lesson to understand that CSR is not going to solve a global issue.

Last but not least, the youths of this generation too need to be made aware of this issue, which is not all too hard given the fact that they have access to technology and the internet.

Sri Lanka alone cannot tackle the issue of climate change as it is a global concern; perhaps if we all band together as one, we might just have a chance to reverse the unspeakable fate of the world due to climate change.

May 4, 2020 byJennifer No Comments
Galle Fort, one of Sri Lanka’s most popular tourist destinations and every drone owner's dream location, has unsurprisingly suffered greatly due to the Covid-19 pandemic.

October 23, 2018 bythemorninglk No Comments
It has been years since I put pen to paper; in this case, fingers to keyboard to write an article, far be it a column. With this, I hope to help out original content creators in Sri Lanka to start off