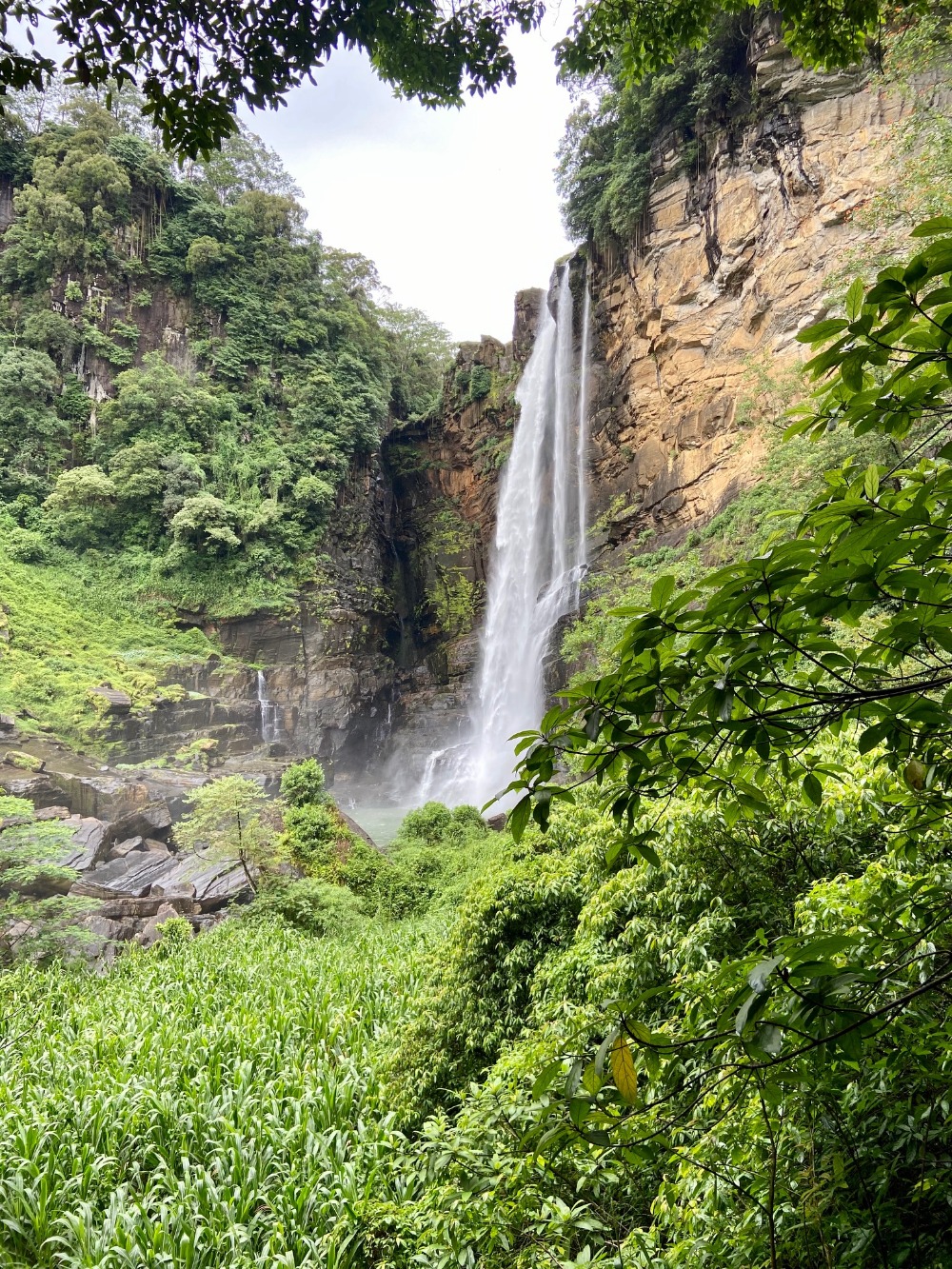 Sri Lanka through a lens: Santhush Weerakoon talks about his viral capture and more

January 14, 2021 by Venessa Anthony No Comments

Santhush Weerakoon is a banker by profession and a travel photographer by passion. Recently, Weerakoon embarked on a journey to Maskeliya town in Sri Lanka’s Central Province, where he captured a breathtaking image of the Sri Pada Temple from the boutique hotel he was staying at, which gained admiration all over social media.

Weerakoon shared that he had always wanted to travel to that area, so he set off on a solo trip with plans to do some sightseeing and take a few clicks along the way. He informed us that he stayed at a small boutique hotel by the name Butterfly Mountain Lakeside. Once he woke up, he was greeted by this stunning view, and couldn’t help but take a picture of it. 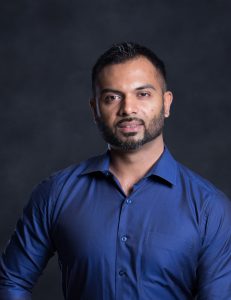 The picture making the rounds

Talking about the technical aspects of this image, he said: “The distance from the temple to where I was staying was about 7 km. To capture something that sharp, you need to have a bit of experience and skill.” He explained that you can’t have your camera in your hand, because the shaking of your hand – no matter how steady you think it is – transfers into the picture. This image was captured by mounting his camera on a steady tripod, and putting his camera on a timer, as even pressing the shutter button could ruin the whole image, no matter how good your zoom lens is.

There were many aspects of the photo that captivated people’s interest. Weerakoon shared his opinion as a photographer on why the photo was such a sensation: “It’s because Sri Pada is such an iconic location. One was able to see a story just from the image itself; you can see the whole peak and the temple right on the screen of the camera. We all know the wonders of Sri Pada; it’s a place that touches the hearts of many.”

He added that he is quite happy it was shared amongst so many people and that they were able to feel almost like they were looking at the temple with their own eyes.

The pandemic and travelling

The journey to Maskeliya happened recently, amidst the pandemic. He added that safety was the biggest factor when travelling, and that at any given time, he didn’t know for sure if there was anyone that could potentially be Covid-19 positive around him, so taking all the precautionary measures was a must.

“I’m quite a frequent traveller, so when the pandemic hit, it did not bode well with me,” Weerakoon said, sharing that he did not enjoy being confined to a house when his heart was set on being amongst nature. He noted that there is no harm in travelling now, as the general public have not been instructed to stay put. He advises all aspiring travellers to be safe, but to also take the chance, go out there and enjoy the wonders Sri Lanka has to offer.

“You have to take safety into your own hands. I didn’t want to cut down on my travelling, as long as there are no curfews. It was all in my control.”

Santhush travels locally and overseas as well, which is where most of his interest in photography stems from. In his spare time, he also enjoys painting, hiking, kite surfing, and scuba diving, and describes himself as a child of the ocean.

In terms of photography, he has already made his mark in Sri Lanka, after hosting an exhibition titled “La Vie – Live Beyond”, in which he featured many of his paintings as well. Giving us a bit of insight into his thought process behind the exhibition, he said: “I wanted to highlight our connection with the environment. There are so many people who only act like they care about the environment, but don’t take action. It’s about getting involved. Learning about your surroundings and protecting what we have.”
Apart from the exhibition, he also is the published author of La Vie, a coffee table book filled with exciting images from his travels. The book includes all his art, tips on travelling, details of his hobbies, and activities his readers can execute by themselves without facing too many challenges.

He published the book in hopes of promoting Sri Lanka by portraying all its natural attractions, and highlighted that there is no need to pay absurd amounts of money to get stuck in a tour group, which you probably won’t learn much from; instead, go on your own adventure – you’re bound to experience fascinating things and learn a lot along the way. 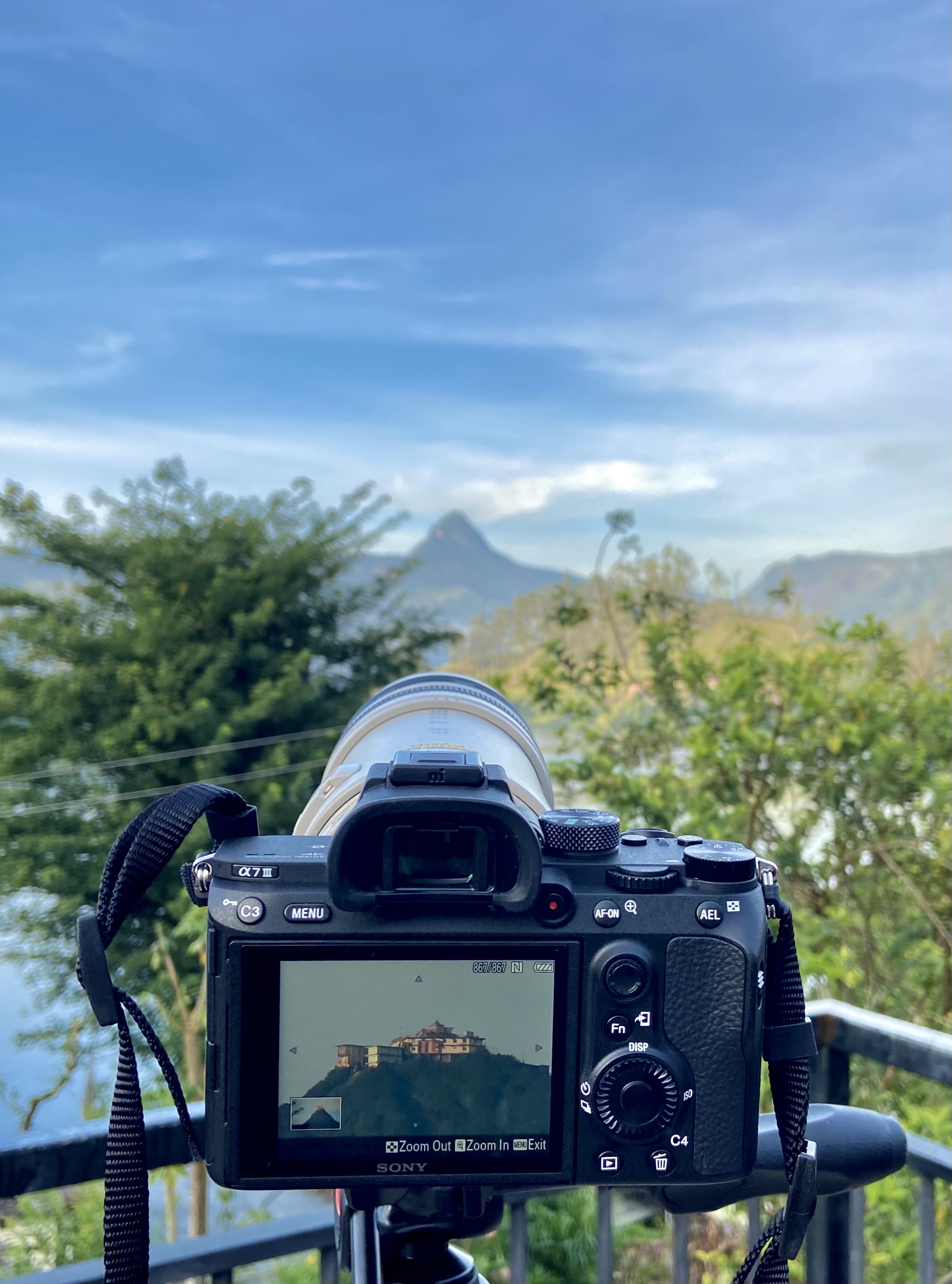 The picture everyone is talking about: Sri Pada Temple from afar.

When did it all start?

He discovered his passion for photography when he was still schooling, about 10 years ago. He has always had an avid interest in wildlife, and with that came the urge to document his travels and experience, which is when he picked up his camera for the first time, and eventually became a professional in the field.

“I wanted to share the world that I saw with my own eyes with my friends, which is why I began photographing. That’s how I became who I am.” Weerakoon has also dabbled in drone photography and underwater photography, from the times he went scuba diving. The resulting images are unrivalled; the way in which he captured the secrets of the sea was almost magical and gives people the opportunity to experience these things through his photography. They are bound to invoke a feeling of wanderlust in the viewer.

He emphasises that the more time one spends around nature, the closer and stronger their connection to it grows. “You will begin to empathise with the environment, and naturally feel strongly about protecting it from harm, which will help in the conservation of our natural resources and attractions that are currently threatened,” he shared.

As a photographer, good weather is a key aspect in capturing the perfect image. Weerakoon noted that he’s been incredibly lucky so far that he hasn’t travelled and photographed in adverse weather. “You could have the most beautiful scenery surrounding you, but if it’s a bad day, then the camera is not going to capture its beauty. It might just be a bad day, with a gloomy sky, but good lighting is key.”

Weerakoon is not someone who sits around all day, he loves taking initiative and keeps going. “I live by experimenting and experiencing new things. You should keep moving forward and taking up whatever opportunity comes your way, and 10-15 years down the line, you’ll have a bag full of memories that will fill you with a sense of accomplishment and gratitude for life.” He explained there is a lot more to being Sri Lankan, and travelling and exploring everything that our wonderful country has to offer us is one way to achieve that.

Every year, Weerakoon tries his best to learn and experience something new. For this year, his plans are simple: “I want to keep doing what I do. I want to achieve wider experiences and put myself out there.”

October 15, 2019 byThe Sunday Morning No Comments
This year, kicking things off at the festival is special guest Dileepa Abeysekera, renowned writer and teacher, with a workshop on creative writing.

Genetic testing: a brighter future for cancer diagnosis and treatment