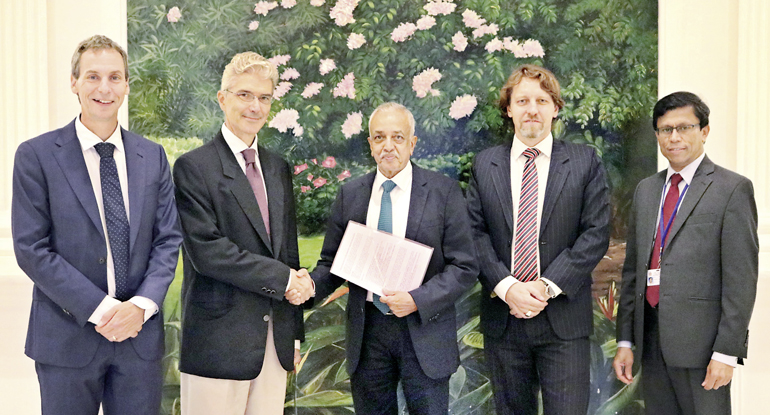 Sri Lanka is under the scanner of the European Union (EU) over its implementation of key conventions linked to the Generalised Scheme of Preferences (GSP) Plus trade concession and overall steps taken to protect human rights.

An EU delegation, which was in Sri Lanka recently, assessed the status of Sri Lanka’s implementation of 27 conventions linked to GSP Plus.

The delegation had talks with government officials and others and visited several parts of the country to obtain first-hand information, The Sunday Morning learnt.

“We had a very fruitful discussion to see how Sri Lanka is doing in the implementation of 27 international conventions in the area of human rights, labour rights, and the environment. The promise of GSP Plus is, of course in return for working with us on implementing these shared international commitments, that Sri Lankan exports to Europe continue to benefit and increase,” EU sources said.

The Sunday Morning learnt that the position taken by the EU on GSP Plus for Sri Lanka following the recent visit by an EU GSP Plus monitoring mission was that Sri Lanka has shown commitment to implement the conditions linked to approving the trade concession.

“The position of the EU is that progress has been slow, but indications that there is a commitment on the part of the Government are there. Also, on some areas, there has been sufficient progress,” sources told The Sunday Morning.

A report on Sri Lanka’s compliance with the GSP Plus conditions as well as compliance by other beneficiary countries will be submitted to the EU Parliament in January 2020, The Sunday Morning learnt.

Meanwhile, the EU raised concerns over the failure to abolish the Prevention of Terrorism Act (PTA) despite several assurances.

The Government had submitted a draft Counter Terrorism Bill (CTB), which, once enacted, will replace the PTA. However, the new bill is yet to be approved.

“The issue on the PTA could be one of the critical points which may be raised on Sri Lanka when the report is submitted in 2020,” EU sources said.

The EU also hopes that Sri Lanka maintains the moratorium on the death penalty.

President Maithripala Sirisena has threatened to implement the death penalty on some convicts found guilty of smuggling drugs.

However, The Sunday Morning learnt that government officials had informed the EU that it is very unlikely that the death penalty will be implemented, owing to legal issues.

In June, the EU warned that implementing the death penalty would directly contradict Sri Lanka’s commitment taken at the 73rd United Nations (UN) General Assembly in December 2018 to maintain the moratorium.

The EU had said that it will continue to monitor Sri Lanka’s effective implementation of the 27 international conventions relating to the GSP Plus commitment, including the International Covenant on Civil and Political Rights (ICCPR).

“All 27 conventions must be implemented. It is not easy to fully implement all conventions, but at least there needs to be progress,” EU sources said.

Charge d’Affaires of the EU Delegation to Sri Lanka and the Maldives Thorsten Bargfrede, speaking at a seminar in Colombo recently, noted that the EU and Sri Lanka have strong and long-lasting economic, trade, and investment relations.

More significantly, the EU is by far Sri Lanka’s main export destination with nearly 30% of the total exports going to Europe, a value of € 2.8 billion, ahead of the US with € 2.4 billion.

GSP Plus grants duty-free access to the EU market for Sri Lankan products on 66% of the EU tariff lines, representing something like 6,000 products.

There has been impressive export growth in the months following the regaining of GSP Plus in 2017 and in total, since its reinstatement, Sri Lanka’s exports to the EU have increased by more than 18% (over 20%).

Fisheries exports have literally doubled since the removal of the fish ban and regaining GSP Plus. Other notable growth sectors include clothing, tea, tyres, and gems as well as motor vehicle parts and footwear.

“We thus believe that GSP Plus has worked well for Sri Lanka. However, GSP Plus still offers great future potential for Sri Lankan companies. The GSP utilisation rate is currently still relatively low. We hope that this will improve in the future,” Bargfrede said.

He also said that the EU has been working closely with the Sri Lankan Government over the past year to remove obstacles EU investors encounter.

“In collaboration with the EU delegation and the European Chamber of Commerce, we have a regular EU-Sri Lanka investor dialogue. This dialogue, which has met on a quarterly basis since January 2017, provides a platform to discuss impediments to trade and investments faced by EU companies – in their presence and in the presence of competent ministries – so that the Government can find quick solutions,” he said.

Bargfrede also said that introducing tariffs to protect some sectors is just not an adequate course of action if you want to stay competitive as a country.

“It often seems the most politically easy response is to simply raise tariffs or use other measures to protect a sector under stress. This never works in the long run. Without feeling market pressure, productivity goes down. Lanka has a great opportunity to further develop its position as a regional trading hub and major transshipment centre.

Closing your borders to imports and competition will not help,” he said.

April 12, 2020 bySarah Hannan No Comments
Despite the Government passing a number of regulations and imposing restrictions on the financial sector, complaints have been received that the banks were not complying with some of these regulations

Sri Lanka and the Turkish experience

May 13, 2019 bythemorninglk No Comments
Turkey, like Sri Lanka, is a leading tourist destination in the world. However, the country’s tourism sector took a hit following a failed military coup and threats from ISIS.