Sri Lankan-born Anjalee de Silva was recently elected to Monash City Council in the latest local government elections in Victoria, Australia. She was endorsed by the Australian Greens Party and is the only Councillor of Sri Lankan origin to be elected in Victoria for the upcoming four-year term. As part of her role as a Councillor, she has also been appointed a member of the Monash Council Gender Equity Advisory Committee and the Monash Council Multicultural Advisory Committee. 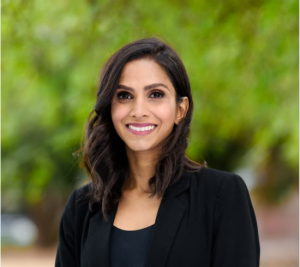 Anjalee migrated to Australia as a four-year-old, with her younger sister Saranee and her parents Dr Saman de Silva and Mihiri de Silva (nee Premathilake). At the time of migration, both her parents were Chartered Civil Engineers who graduated from The University of Moratuwa.

Anjalee graduated from The University of Melbourne with First-Class Honours in Law. She also holds a bachelor’s degree in Media and Communications from the University of Melbourne. She commenced her career as a commercial lawyer with Linklaters, a magic circle law firm in London, United Kingdom. She has also practised as a lawyer in top-tier law firms in Hong Kong and Melbourne and completed in-house client secondments at Barclays Bank and the Royal Bank of Scotland in London, as well as a pro bono secondment at the Asylum Seeker Resource Centre in Melbourne. Anjalee has extensive experience researching and advising on a range of legal, commercial, and policy matters as well as managing, instructing, and mentoring law students and teams of junior lawyers.

A key motivator of Anjalee’s work throughout her career has been her passion for shaping law and policy reform in ways that affect social justice for vulnerable communities, especially women and girls. She recently completed her PhD thesis, titled ‘Addressing the Vilification of Women: A Functional Theory of Harm and Implication for Law’, through Melbourne Law School, The University of Melbourne. She completed her thesis with the support of the prestigious University of Melbourne Human Rights Scholarship. She is a member of a number of professional and learned organisations, including the Law Institute Victoria, Australian Lawyers for Human Rights, International Association of Constitutional Law, Castan Centre of Human Rights Law, and the International Political Science Association. She aspires to use her role on Council to continue to advocate for a just society that functions free of prejudice and discrimination and that serves the needs and interests of all, rather than just the powerful and privileged.

Ironically, Anjalee has contested and got elected from the Mount Waverley Ward, where she spent her early childhood as a migrant and had her primary schooling at Mount Waverley Primary School. Anjalee has been a vivid reader and a gifted writer since her early childhood and enjoyed reading in a wide range of topics, including politics. She has demonstrated academic excellence throughout her career.

Anjalee is the granddaughter of the late Mr Meemana Premathilake, the great poet and legendary editor of Silumina newspaper. She is also the niece of veteran journalist and exalted human rights activist Mr Sunil Madhawa Premathilake.

Six explosions reported in and around Colombo

April 21, 2019 byRandev No Comments
Three more explosions have been reported at three of Colombo's five-star hotels and it was reported that several foreigners are amongst the injured casualties.

March 25, 2020 byTSM Web Desk No Comments
The second batch of quarantined persons were released by the Sri Lanka Army today.