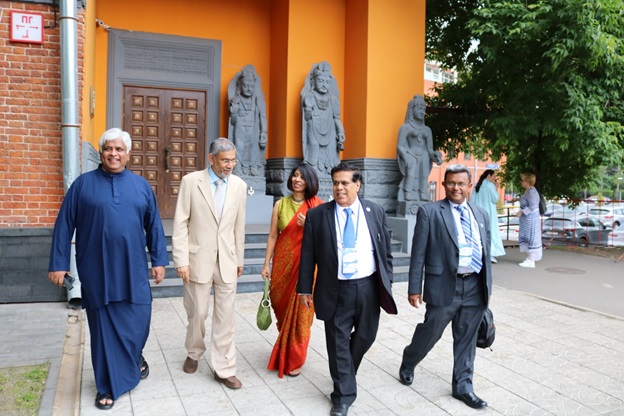 The 2nd International Forum “Development of Parliamentarism” was held in Moscow on the initiative of the Russian State Duma on 01-02 July 2019.

The Forum brought together representatives of more than 130 countries – over 800 parliamentarians & experts who emphasized the role of parliaments in solving global problems.

The Sri Lankan delegation, which included Minister of Transport and Civil Aviation, Arjuna Ranatunga, Member of Parliament, Nimal Siripala de Silva, and Secretary – General of Parliament, Dhammika Dasanayake, took part in the Forum at the invitation from the Russia’s State Duma.

The Ambassador of Sri Lanka to the Russian Federation, Dr. Dayan Jayatilleka hosted a luncheon for the official delegation on 02 July.

October 8, 2020 bythemorningeditor1 liberty No Comments
Four days after the identification of the first Covid-19-positive female from society after three months of control, the health and law enforcement authorities were still unable to detect the origin o