We have all at one time or another thought about what it would be like to be a singer, have a record deal, and see fans enjoy our music. Few of us actually have the talent to be able to do this, and fewer still actually decided to pursue this dream.

Sri Lankan-Swiss artiste Priya Ragu is one of those few. Her family is from Jaffna while Ragu herself was born and raised in Zurich. She has recently signed a record deal with Warner Music UK and has dropped her debut single Good Love 2.0.

From a musically inclined family, Ragu’s vocal talent is self-trained, and her music, produced by her brother Japhna Gold, features a mix of different songs from various influences including R&B as well as Kollywood. The Sunday Morning Brunch caught up with Ragu for a quick chat on her journey as a musician and what she’s got planned.

What was it like growing up in a musical family? What impact did it have on you?

My father was always musically talented but had never really pursued it. Recently, he told me that he used to sing back when he was in Sri Lanka, but this was on stage and more like an open mic thing where the band was already assembled and he would get up and sing songs that he truly enjoyed. He received quite a bit of recognition, at which time it was dangerous for him to perform like that, given that he was Tamil. 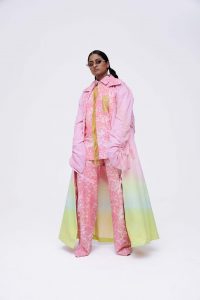 My father picked an instrument for me when I was young. I started learning to play the violin when I was seven years old and played for seven years. I enjoyed it; I think the violin is a really cool instrument, but I realised I was into singing and then it was thinking about how I would sing and play, so I eventually stopped playing and focused on singing. I discovered hip hop, R&B, and soul. Lauren Hill was my idol. I would play her songs, write down the lyrics, and practise singing.

Other big inspirations for me musically were Stevie Wonder, Johnny Hathaway, A.R. Rahman, Ilaiyaraaja, and also the Beatles.

My father is talented in the Indian percussion tabla instrument. He taught himself. He formed a band of sorts, with me, my brother, and some other people here in Switzerland. It was unofficial. We didn’t have a name or anything like that, and we would play at wedding receptions, birthdays, and similar events. That was how my whole musical journey started.

You work with your brother Japhna Gold, who produces your music. What’s that like?

My brother lives in Zurich too. For the longest time, we didn’t make music together although we knew that for both of us, our superpower was music. He would compose and write music for other Swiss artistes, and we were doing music here and there, but I wasn’t taking it seriously. It was only a couple of years ago that I really got serious about making music. I quit my job and went to New York. I told myself I wanted to write 10 songs together with my brother and see how everything developed.

Creating our first song was difficult because we both had different ideas for the music. I wanted to do something more soul jazzy and he was more into hip hop. There was that clash of styles at the beginning and it took a while for us to figure out how to work together. The first song was hard, but after that, it was very fluent. I also became more flexible with trying new sounds.

Our first song received a lot of good attention from the media and our recognition slowly became bigger and bigger.

How did you end up making the record deal with Warner Music?

We’d just released four songs of our own. We just put it out there with no promotion or anything, but it went around. We shot the video for the second single in Mumbai, and Vh1 India picked it up and played it on heavy rotation. Rolling Stone India saw it too and wrote about me and the BBC Asian Network started playing it heavily. Bobby Friction of the BBC Asian Network was a big supporter – he showed the song to Annie Mac from BBC Radio 1 who also began playing it. 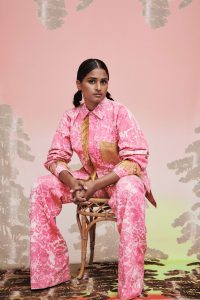 “For me, the process was very quick. It was one phone call with Warner Music, and the rest my management team and lawyers worked out”

What has the most fun part of the whole experience been for you? What comes next?

For me, it has been that I am able to go on this journey with my brother and share every little success with him. It would only be half as fun if it was just me.

For what’s next, we have a bigger team now so we are working on a roll-out plan. I was in London for a month and just got back a few days ago. We made a lot of content and shot a lot of videos. I’m excited for when we get to share all of that with the world.

I had previously released four singles, but I’ve taken everything down because we want to re-release them to reach more people globally. We haven’t got a specific date in mind yet, but for now, we’re hoping to release the music one single at a time.

What advice would you give to Sri Lankan musicians looking to make it on the international stage?

I would say to invest a lot of time in your passion and believe in yourself. We have a huge platform available to us with social media, and it’s important to use it well. Put your work out there without overthinking it. See what happens. That’s the way I did it.

January 29, 2019 bythemorninglk No Comments
When we were on Galle Road passing Bambalapitiya, we noticed this burger joint which is always crowded during the evening.