Sri Lankans get raw deal in the Maldives 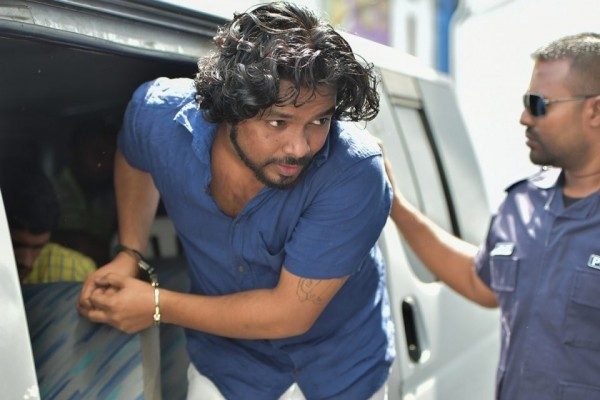 At least three Sri Lankans have been either detained or have been slapped with a travel ban in the Maldives, mostly on unsubstantiated claims, The Sunday Morning learns.

Sources said that the latest Sri Lankan to be arrested in the Maldives was a youth who was charged under the local anti-terrorism laws.

The Sri Lankan, whose name is being withheld in his best interest, had been detained ahead of the just concluded Presidential election in the Maldives.

He was arrested by the Police for taking photographs of a building in a high security zone, not knowing it was prohibited.

After his arrest, the Sri Lankan had admitted to taking the photographs saying it was not with any malicious intent, and produced his camera to the authorities to delete the images.

The Police, however, refused to let him go, and produced him before a court which ordered that he be released.

However, the Police instead, confiscated his passport and placed him under virtual house arrest.
The Police went against a court order which made clear that there was no evidence that the Sri Lankan had an intention to carry out an attack in the Maldives.

The court order also noted that the Police had found that the Sri Lankan was not aware of any public signage that stated that photographs should not be taken of, what is known as, the ‘Green Zone’.

The Sri Lankan Ambassador to the Maldives Major General (Rtd) A.B. Thoradeniya told The Sunday Morning that the Sri Lankan is expected to be released later this week.

“There is a travel ban on him. We are working on his case. He might return somewhere around next week,” the Ambassador said.

The other Sri Lankan detained in the Maldives involves a high profile case. He was accused of being a sniper with a plot to kill the President. His family strongly disputes the claim.

Lahiru Madhushanka was arrested on 24 October, 2015, and charged with plotting to assassinate President Abdulla Yameen.

The Foreign Ministry had later requested the Maldivian authorities to accelerate his court proceedings.
Last December, Maldives Attorney General Mohamed Anil said, Sri Lanka had not made any request to extradite the alleged sniper in Maldivian custody.

He said that there is a system in place between Sri Lanka and the Maldives when dealing with criminals, but Sri Lanka had not asked for the sniper to be deported to Sri Lanka.

Thoradeniya, however, said that his case is expected to be resolved soon as there is a change of government now in the Maldives.

Sri Lanka was among the first countries to welcome the outcome of the elections in the Maldives.
The Sri Lankan Foreign Ministry noted that Joint Opposition candidate Ibrahim Mohamed Solih secured victory following the election in the Maldives, where the people exercised their franchise in a decisive manner to uphold their commitment to democracy and the rule of law.

“We commend the Government and the people of the Maldives for the conduct of a successful election process that was free, fair, and peaceful,” the Foreign Ministry said.

Former Maldives Foreign Minister Dunya Maumoon, however, questioned the failure by Prime Minister Ranil Wickremesinghe to push for the release of her father Maumoon Abdul Gayoom.

Maumoon tweeted saying she wonders why Prime Minister Wickremesinghe, who represents a Government that stands for democracy, is hesitant to call for her father’s release.

Yameen had cracked down on several of his political opponents, and those who feared arrest sought refuge in Sri Lanka and other countries.

An Indian expert told The Sunday Morning that the victory secured by the Opposition in the Maldives is a big win for India.

“This is definitely a big win for India. Remarkable landslide victory for the Opposition, despite harassment all the way until Election Day. Almost an exact replica of the Malaysian election outcome. In both places, China backed the corrupt incumbent, but the electorate strongly disagreed. In retrospect, it was correct for India not to intervene earlier this year when Yameen was running roughshod over all institutions (including the Supreme Court). The voters had the last laugh,” the Indian expert said.

The Ambassador said that he had spoken to the new President and described him as being a calm and gentlemanly-kind of person.

PSC: Prez and PM to be summoned

June 16, 2019 bythemorninglk No Comments
The Parliamentary Select Committee (PSC) probing the Easter Sunday bombings have discussed the summoning of the President and Prime Minister before the Committee.

National govt. in the making?

December 23, 2018 bythemorninglk No Comments
The end of the 51-day political coup has now brought about a new struggle. The struggle is for the United National Front (UNF) Government to work with President Maithripala Sirisena, who is calling th