Sri Lankans must act together in favour of sustained democracy, says UN expert 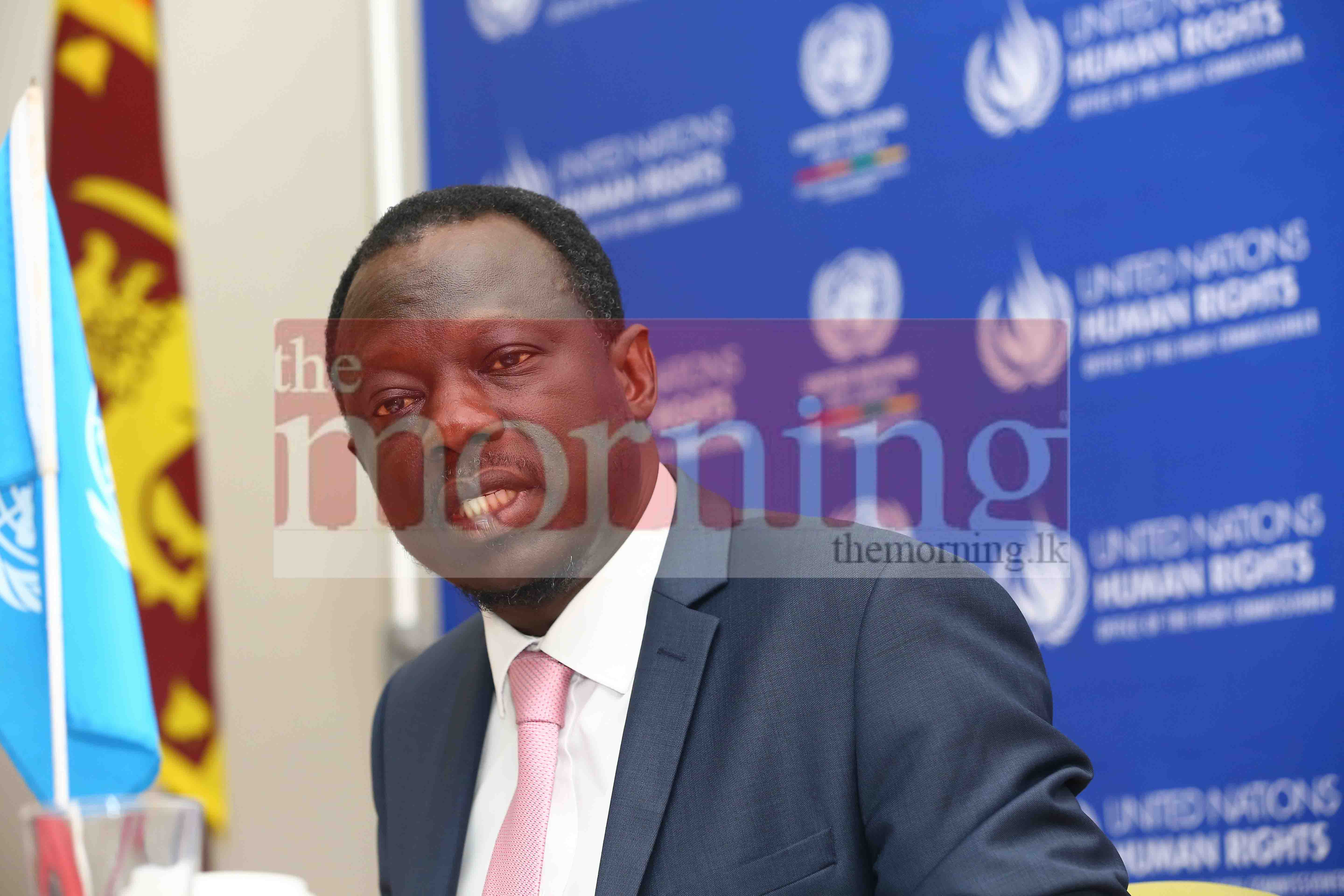 The people of Sri Lanka must act together to secure democracy, human rights and the rule of law, says the UN Special Rapporteur on the rights to freedom of peaceful assembly and of association, Clément Nyaletsossi Voule.

“At the root of the rights to freedom of peaceful assembly and of association is the ability of people to come together to make their voices heard. It is important that the people of Sri Lanka unite in order to bolster the democratic progress that the country has made so far,” the expert said, presenting a preliminary statement at the end of a visit to the country.

“While Sri Lanka is party to many of the international human rights instruments which have created clear human rights obligations for the State and while legislation has been put in place to largely reflect these obligations, divisions in society represent a threat to them being fully achieved.”

The expert was daunted by the widespread fear of setbacks in the democratic gains expressed by all sectors of society. “It is important that the country’s political leaders do not dismiss people’s desire for freedom, rule of law and democracy and do not undermine the progress that has been hard fought for, particularly in light of the upcoming elections.”

The Sri Lankan constitution protects the rights to both freedom of peaceful assembly and freedom of association. But the Special Rapporteur was made aware of a number of laws whose application jeopardised those rights, including sections of the penal code, the ICCPR Act, as well as the Prevention of Terrorism Act. The Vagrants Ordinance is also used, specifically in targeting LGBTI minorities.

“It has been brought to my attention that these laws are frequently applied in a discriminatory manner against those people organising around specific issues such as disappearances, land rights, livelihood and access to resources, and development projects,” Voule said.

“The Government must equally act to address the root causes of protests, dealing head on with the issues raised by participants in the course of their demonstrations.”

The Special Rapporteur’s visit comes at a critical time for the country, following the devastating terrorist attacks in April and a constitutional crisis late last year. In addition, the current application of emergency regulations has heightened tensions and has made it more difficult for some members of civil society to carry out their activities and assemble peacefully.

Recently, a series of legislative reforms were proposed including changes to the law regulating NGOs and the creation of counter-terrorism and unified employment bills. However, these revisions were met with stark opposition from civil society campaigners, who say that they risk clamping down on existing rights and were created without a sufficiently participatory consultative process.

“Following these objections, I am pleased to say that the relevant Minister withdrew the draft NGO bill, opting instead to permit civil society to create their own draft law for discussion,” Voule said.

Failure to enact comprehensive security sector reform since the devastating and protracted civil war, which ended in 2009, has also made it difficult for civil society to operate. Intelligence frameworks that carry out surveillance of protests and other activities are still in place, and threats and harassment of human rights defenders have also been reported.

“In certain areas of the country, this is reminiscent of past practices and continues to instil fear and deter people from exercising their rights to freedom of assembly and association,” Voule said.

The Special Rapporteur also expressed concern over the growing prevalence of hate speech in the country, which increased notably after the April attacks.

“While legislation is in place to combat hate speech, including under the ICCPR Act of 2007, the legislation is not applied with an even hand, and discriminatory and violent rhetoric, particularly by members of the majority community frequently goes unpunished. This is exacerbated by the use of social media to fan the flames of hatred and spread misinformation. This is a serious threat to the existence of a respectful and peaceful dialogue among sectors of society, an essential element for any representative democracy,” Voule said.

During his visit, the UN expert travelled to the North, South and East of Sri Lanka, as well as the capital, Colombo. He met Government officials and representatives of civil society, trade unions and others. He thanks the government for the invitation and the cooperation before and during the visit.

The Special Rapporteur’s conclusions and recommendations will be presented to the UN Human Rights Council in June 2020.

Building collapse due to design flaw

September 21, 2020 byCharindra No Comments
The collapse of the five-storied building in Kandy was caused by a mismatch in the structure's design in relation to the valley region, Senior Scientist, National Building Research Organisation (NBRO)