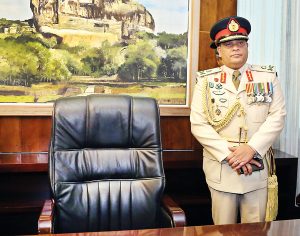 Sri Lanka found itself being pushed back into a situation it faced prior to 2015 as a result of its decision to disregard international concerns and appoint Shavendra Silva as the new Army Commander.

Lieutenant General Shavendra Silva assumed duties on Wednesday at Sri Lanka Army Headquarters as the 23rd Commander of the Army.

Some of Sri Lanka’s strongest allies since 2015, including the US, the European Union (EU), and the UN, voiced serious concerns over President Maithripala Sirisena’s decision to appoint Lt. Gen. Silva to the post.

The concerns revolved around the allegations of him being involved – directly or indirectly – in serious human rights abuses committed during the final stages of the war, allegations the Army has strongly denied.

The Sunday Morning learnt that the Government, despite the decision of the President, was not in favour of the move to appoint Silva as the Army Commander as it would risk Sri Lanka’s standing internationally while also resulting in losing the support of the Tamils.

However, the Foreign Ministry was left with no choice last week but to toe the line of the President and issue a strong statement critical of the international community, accusing it of attempting to interfere in Sri Lanka’s domestic affairs.

Sri Lanka has, since 2015, managed to be in the good books of the UN Human Rights Council (UNHRC) in Geneva. But that is all set to change from next month.

The Sunday Morning learnt that UN High Commissioner for Human Rights Michelle Bachelet may raise her concerns on the appointment of Lt. Gen. Shavendra Silva and warn of the likely implications Sri Lanka will face when she speaks at the 42nd Session of the UNHRC in Geneva.

The session will be held in Geneva from 9-27 September, and Bachelet will speak on the opening day. The next day, UNHRC member countries will have time to respond to the statement by Bachelet and most countries are expected to echo the concerns of Bachelet on Lt. Gen. Silva’s appointment.

Last week, Bachelet issued a statement warning that the appointment of Lt. Gen. Silva as Commander of the Sri Lanka Army is likely to impact Sri Lanka’s ability to continue contributing to UN peacekeeping efforts.

When asked for confirmation that Bachelet will raise the issue again in her opening statement at the UNHRC session in Geneva next month, her spokesperson said that it was too early to confirm.

“It’s a bit early to say what exactly will be in her speech in September. I believe there will be another annual report on Sri Lanka in March (as in the past couple of years),” Bachelet’s spokesperson and Head of Media Rupert Colville told The Sunday Morning.

However, leading international human rights groups are expected to push Geneva to raise the issue next month and build pressure on Sri Lanka to ensure it respects the commitments made on human rights since 2015.

“Sri Lanka will not get very far with its reconciliation process by committing to one thing and doing the opposite of it – not with the international community, and more importantly, not with those affected. The appointment makes a mockery of accountability for war crimes and crimes against humanity during the armed conflict, which the same Government committed to as recently as in March. The appointment also comes in the context where the Government has made no real efforts to independently and effectively investigate war-time allegations. Silva’s appointment may well be the last straw for Tamils who had any faith in the genuineness of the Government’s promises on justice,” Amnesty International South Asia Researcher Thyagi Ruwanpathirana told The Sunday Morning.

UN Secretary General Antonio Guterres is also keeping a close watch on the developments in Sri Lanka and is being updated by his office in Colombo as well as others.

The office of the UN Secretary General said that Guterres was also concerned about the appointment and noted the implications it may have on Sri Lanka’s role in UN peacekeeping operations.

“We are aware of the appointment of Lt. Gen. Shavendra Silva to the position of Army Commander, and you will have seen the statement by the High Commission for Human Rights. We are concerned about the appointment,” Eri Kaneko from the Office of the Spokesperson for the Secretary General told The Sunday Morning.

Army troops are deployed as members of three contingents in Lebanon, South Sudan, and Mali while officers are also serving as staff officers and military observers at six UN missions as well as at the UN headquarters in New York.

The Human Rights Commission of Sri Lanka (HRCSL) assists the Sri Lanka Army in obtaining human rights clearance for its troops selected to be deployed for UN peacekeeping operations.

US agreements and GSP+ at risk

The move to appoint Silva is also likely to impact economic and defence agreements between the US and Sri Lanka and the GSP+ trade concession agreement with the EU. The US Embassy in Colombo headed by Ambassador Alaina Teplitz issued a statement last week, noting its concerns on Silva’s appointment.

The US State Department later warned that the appointment could affect US military co-operation and investment with Sri Lanka.

When The Sunday Morning contacted the US Embassy in Colombo for further details on the immediate impact the appointment will have, the Embassy said that it could not comment at this time.

However, The Sunday Morning learnt that the US will most likely not give recognition to Silva’s appointment and, as a result, will not have military ties with the Sri Lanka Army.

Meanwhile, an EU GSP+ monitoring mission scheduled to arrive in the country next week will also take into consideration Silva’s appointment.

Human rights is a key component under which the EU considers approving GSP+ for a country and the human rights concerns linked to Silva will pose a threat to the trade benefit given to Sri Lanka.

March 10, 2019 bythemorninglk No Comments
Railway trade unions yesterday alleged that the Indian train engines and power sets which had been imported to Sri Lanka by Sri Lanka Railways were not suitable for local rail tracks.

October 27, 2019 byThe Sunday Morning No Comments
The marking of postal votes for the upcoming presidential election will be held on 31 October and 1 November by certifying officers in 1,920 centres.