February 16, 2020 by The Sunday Morning No Comments 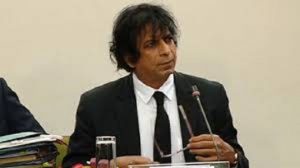 Two weeks after the arrest, The Sunday Morning’s investigations revealed that the CID had submitted a set of comprehensive documents to the AG’s Department as early as July 2019 with the final case file being sent to the Department in November 2019, but the AG’s Department had remained inactive until the controversial Airbus transactions had surfaced in a UK court.

Furthermore, the eventual arrest appears to have been purely a result of the UK court ruling approving a record $ 3.9 billion settlement to be paid by Airbus over allegations that its consultants had paid bribes in five countries including Sri Lanka between 2011 and 2015 to secure lucrative deals.

Despite numerous reminders sent to the AG’s Department by the CID, then headed by SSP Shani Abeysekara, the AG had failed to institute legal action until President Gotabaya Rajapaksa had instructed action to be taken
on 1 February following the UK court ruling.

While the documents submitted by the CID appear to have been deemed insufficient or unreliable by the Sri Lankan Government’s chief prosecutor, they had been fully utilised by the Serious Fraud Office (SFO), a non-ministerial government department of the UK.

The CID and the SFO had entered into an intelligence-sharing agreement in August 2018 and the SFO had employed these documents to prove that Airbus had paid $ 2 million (around Rs. 363 million) worth of bribes to Biz-Solutions, a company owned by Chandrasena’s wife Priyanka Niyomali Wijenayake.

It is understood that the AG had not instituted legal action against Chandrasena due to a jurisdictional issue in proving criminal breach of trust, as both SriLankan Airlines and Airbus had refused to co-operate with the CID investigations.

However, Chandrasena was arrested this month on charges of money laundering, for which the jurisdiction would not have been a barrier even back in July 2019.

Despite repeated attempts to contact the AG’s Co-ordinating Officer State Counsel Nishara Jayaratne, she was unavailable for comment.