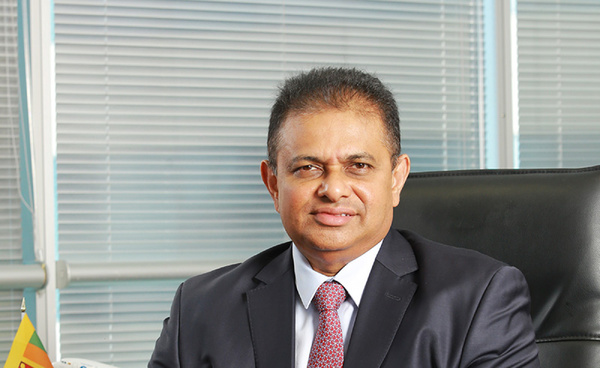 The CEO of debt-ridden SriLankan Airlines expressed disappointment at the lack of support the airline has received from the Government, which has reportedly further pushed the airline into losses.

SriLankan made a request in January from the Government to service its debt for three years until the management brings the airline to a breakeven point, but this has been completely ignored, according to SriLankan Airlines CEO Vipula Gunatilleka.

“The longer the Government takes, the more money we lose,” Gunatillake noted, speaking to The Sunday Morning Business last week.

Furthermore, the airline had been burdened with a 5% interest rate for its borrowings from Bank of Ceylon (BOC) and People’s Bank. Gunatillake said that the airline requested the Government to bring down the interest rates in line with the sovereign bond rates, but this too had been ignored.

“If you analyse our losses, 40% is due to interest payments. What we want is to restructure the debt in a way that would reduce the overall cost of funding.”

In the first half of 2017, SriLankan obtained loans amounting to $ 25 million each from Bank of Ceylon and People’s Bank, which were secured by letters of comfort issued by the Treasury.

These loans were granted to fund the losses arising from the cancellation of over 600 flights as a result of the daytime runway closure at Bandaranaike International Airport (BIA) for a three-month period for urgent renovations.

In July, BOC and People’s Bank reportedly stated that they would extend financial assistance to the national carrier by issuing letters of comfort.

SriLankan has a $ 175 million international bond guaranteed by the Government, which was due in June 2019.

In addition, the reimposing of withholding tax has hurt the airline’s revenue by eating up over $ 30 million, which is over 25% of its total loss, Gunatillake stated.
“The last Inland Revenue Act reimposed the withholding tax on aircraft-related payments. We have been lobbying the Government, asking to change the legislation or to work on some kind of mechanism. It has not been happened,” he noted.

Meanwhile, the recent requests for a number of aviation concessions by the Civil Aviation Authority (CAA) and the Government’s nod to grant those requests have aggravated SriLankan Airlines’ financial situation.

A lowering of ground handling charges and the embarkation levy along with concessions on aviation fuel were three primary requests made by the CAA and indeed the tourism industry as a whole.

The requests were approved by the Cabinet of Ministers and are set to come into effect from this week in a move that was welcomed by the industry.
However, Gunatillake noted that lowering of ground handling charges alone would take away $ 5.8 million from SriLankan’s revenue.

“We are incurring a $ 480 million loss, so this is going to exacerbate the losses further. The Government does not understand the fundamentals and hence makes irrational decisions. This is very sad.”

Gunatillake noted that these are decisions which have pulled the airlines into more difficulties.

“It is all demand-driven. Airlines will commence the operations depending on the demand and supply. If the security situation improves, airlines will come back,” he noted.

According to Gunatillake, Collective Bargaining Agreements (CBA) with several organisations too are hindering the performance of SriLankan as they are unfavourable to the airlines, and the Government’s support is required to reach a mutually beneficial and fair agreement with trade unions.

However, he said that he is not optimistic of such tough but necessary decisions being taken any time soon with the presidential election looming.

April 2, 2019 byCharindra No Comments
SolTrim International received a global accolade being awarded CarbonNeutral® Certification for its organisational operations, the first label maker in Asia to be so awarded.

October 8, 2019 byCharindra No Comments
Commercial Bank of Ceylon PLC has obtained an enjoining from the Commercial High Courts of Colombo preventing MTD Walkers (KAPI) from being taken over by casino operator Ravi Wijeratne.