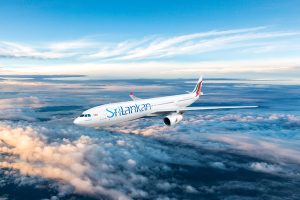 The top management of cash-strapped SriLankan Airlines came under fire for its plans to relocate its marketing department, which is currently based at the World Trade Centre (WTC) in Colombo, to Katunayake as part of an elaborate cost-cutting exercise.

Sources at SriLankan Airlines believe that the decision would result in a decline in productivity and efficiency in day-to-day operations.

The airline’s marketing department was shifted to Colombo in 2011 with the aim of increasing its promotional activities and thereby, increasing revenue. Among the other reasons behind the 2011 relocation, the fact that all the clients and agencies dealing with the airline’s marketing department were based in Colombo, and also that the necessary facilities to carry out promotional activities and advertising were not available at the Katunayake office were also considered.

After shifting the marketing department to Colombo, a considerable rise in efficiency in routine activities had been recorded, and clients were in a position to fulfil their tasks with ease.

However, according to airline sources, the decision to shift the department to back Katunayake had been taken by the management due to the high rent cost at WTC.

Explaining further, an airline employee who wished to remain anonymous pointed out that cost-cutting decisions should be made in a skilful manner, minimising the effect on the day-to-day activities of the department and the level of service given to its clientele.

“It is the responsibility of the authorities to reach an unbiased decision and refrain from ruining the institution. Hence, it is suggested to relocate the present office to an appropriate location within Colombo with a view to avoid unpleasant situations,” the source stressed.

“In addition, when compared with other departments of the airline, the business matters dealt with in the marketing department are centred on the clients in Colombo. Therefore, ensuring close proximity would result in a quality service being provided to the client, which cannot be guaranteed if the office is shifted elsewhere. It is more cost effective to stay in Colombo.

“In addition, in this department, follow-up activities are carried out by the staff while under tremendous pressure, and they are required to reach targets set as well. Other competitive airlines took advantage of the recent cumbersome event and persuaded our clients and agents to do business with them by increasing their activities and sales promotions,” the source noted.

The Sunday Morning was informed that if the present Colombo office was relocated to Katunayake, the company would experience drawbacks in promotional activities and a reduction in media coverage – both unavoidable outcomes of the relocation. To make matters worse, the current situation in the country would result in further impacts on the airlines’ clients as they would be required to pass through high-security zones, travel long distances, and get stuck in traffic. 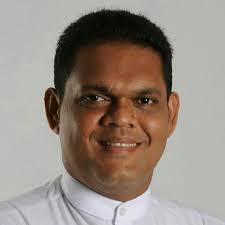 On Friday (28), United People’s Freedom Alliance (UPFA) MP Shehan Semasinghe raised the matter of shifting all the SriLankan offices from Colombo to Katunayake, excluding the ticketing office in Parliament.

Speaking to The Sunday Morning, Semasinghe stressed that there was no response from the Government pertaining to the concerns he had raised regarding the plight of the national carrier, and alleged that the entire situation was a result of mismanagement by the present Government and the SriLankan management.

“There was a plan to reduce the losses by 2020, but during the last four years, the Government did nothing but increase the losses,” he stressed.

Further, he stressed that the Government wanted to sell the national carrier to a private company and therefore, each and every action they took with regard to SriLankan Airlines was to justify this plan.

“They want to justify their privatisation plan. This is the main reason why they are taking decisions which discourage its client base as well as employees,” he stressed.

“None of the private companies had come forward to buy the airline, which is why it’s still owned by the Government. The present Government will definitely sell it the first chance they get,” the MP alleged.

According to statistics, SriLankan Airlines recorded a loss of Rs. 40 billion in the financial year 2017/2018, the highest annual loss since Emirates’ departure from its management in 2008. For the nine months ended 31 December 2018, the national carrier’s losses grew to its highest level in 11 years, eclipsing the previous record of Rs. 32.4 billion recorded in 2014.

The loss incurred in this period was a negative growth of 27.7% from the Rs. 28.9 billion in losses incurred in the financial year 2017/2018. Despite the recorded losses, during this period, SriLankan Airlines’ net traffic revenue from core airline operations increased to Rs. 120 billion with year-on-year growth of 8%, while the overall seat capacity or Available Seat Kilometres (ASKs) was improved by 6.5%, the airline said in a statement.

However, in January, the SriLankan Airlines management was optimistic for 2019, stating that it would be the year of consolidation for the airline, and the management initiatives undertaken during the second half of 2018 were expected to show positive results.

The employees had also written to the President, requesting him to appoint a committee or board to discuss the current issues and prevent incurring further losses.

It was revealed to The Sunday Morning that the marketing department had also informed its management about the difficulties it would have to face if the proposed shift took place, specifically mentioning that their intentions were not based on private gains but on the need to protect the national carrier. All attempts made to contact State Minister of Finance Eran Wickramaratne and the management of SriLankan Airlines were futile.

October 18, 2020 byCharindra No Comments
The majority of Sri Lankan women perform an overwhelming amount of duties and tasks for their families on a daily basis, only to be under-appreciated.