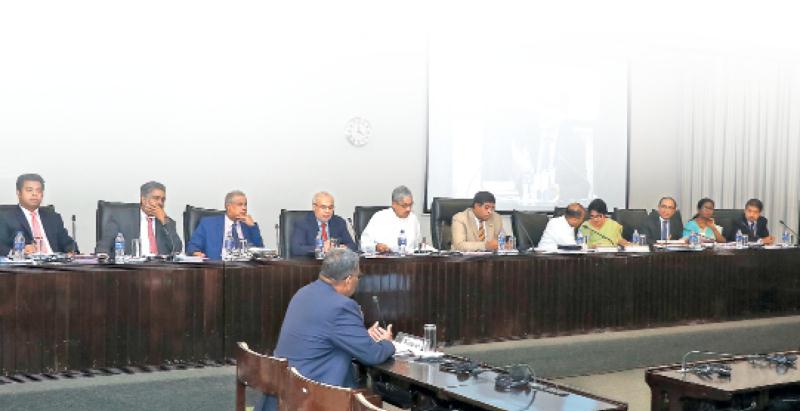 Staring down the barrel of another constitutional crisis

Screen to print by DinoukColombage

Sri Lanka is facing an extension of the constitutional crisis that gripped the country in the final few months of 2018.

After two weeks of Parliamentary Select Committee (PSC) hearings, the President has demanded that they be halted, stating that until that’s done, the weekly Cabinet meeting would no longer take place. Following through on his threat, last week’s Cabinet meeting was cancelled leaving several dozen important Cabinet decisions pending. 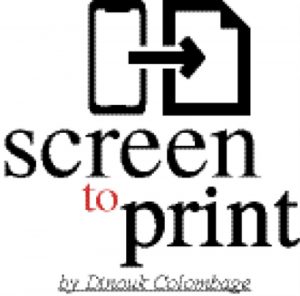 Following the devastating Easter Sunday terror attacks, the Government has been attempting to ascertain the reason behind what has now clearly amounted to a massive security lapse. Despite intelligence reports allegedly been presented to the President regarding the threats, no preventive measures were adopted.

With the blame game having been played out by the politicos, the Parliament agreed to appoint a PSC to investigate the Government’s supposed failing. In order to ensure transparency in the matter, media was invited to attend the hearings and report on them first-hand. With the attention firmly on Parliament, Sri Lanka has found itself in unfamiliar territory which sees the Executive President no longer in control.

As the hearings progressed over two weeks, it soon became apparent that the officials, including the suspended IGP and former Defence Secretary, were unwilling to cover up for the President’s apparent indifference to the warnings given to him.

According to the IGP, the President had been unwilling to include him in National Security Council meetings following the failed coup last year. The Defence Secretary was no less complimentary of his former boss, choosing instead to highlight the President’s inability to effectively oversee national security. According to Hemasiri Fernando, former Defence Secretary, the President ensured that the State Intelligence Service reported directly to him while keeping many other key officials, including his own Ministry Secretary, out of the loop.


Another Friday in paradise

With the explosive revelations made at the PSC, the President decided to summon the Cabinet for an emergency meeting two weeks ago. Having shown a tendency to throw out surprises on Friday evenings, the public waited with bated breath over what announcement was going to be made. It soon became apparent that the President was unhappy with the PSC hearings, and was demanding that the Cabinet halt the proceedings.

According to those in attendance at the meeting, the President had demanded that the Cabinet instruct Parliament to halt the hearings as it was jeopardising national security. However, it was the Prime Minister and his Minister who were forced to point out that the Parliament (legislative) and the Office of the President (executive) were in fact independent of one another.

Despite the Cabinet’s best efforts to sway the President from once again setting himself on a collision course with Parliament, President Maithripala Sirisena refused to budge. He announced to his Cabinet that he would no longer be holding the weekly Cabinet meeting until the PSC hearings were stopped. He appeared to have made good on his threat by cancelling the Cabinet meeting scheduled for last week.

Neither the Prime Minister nor Parliament has budged on their stance regarding the PSC. Meeting with civil society representatives, the Prime Minister explained that the PSC was appointed by Parliament, and the Cabinet had no ability to intervene in the affairs of Parliament. He further stressed that despite the weekly Cabinet meeting having not taken place, the Cabinet of Ministers would continue to operate and carry out their duties.

However, the Prime Minister did concede that the party leaders had requested the PSC to remove the media from the hearings when officers attached to national intelligence agencies were testifying. This request was made after taking into consideration the necessity for confidentiality with regard to their information.

With the PSC continuing, the ball is once again back in the President’s court.

According to sources within the Government, in the event the President refuses to convene Cabinet next week, the United National Front (UNF) is expected to present a motion in Parliament compelling him to do so, and in the event he does not, this same motion would empower the Prime Minister to chair the Cabinet meeting. The decision, which the Government is not keen on taking, will once again place the Executive on a collision course with the Legislature.

In November last year, following the unconstitutional removal of Prime Minister Ranil Wickremesinghe by Sirisena and the illegal dissolution of Parliament, the country saw the President’s decisions challenged and defeated both in Parliament and the Supreme Court.

Despite the two separate branches of the government having opposed the President’s decision, it took him a further several weeks to finally agree to reverse his removal of Wickremesinghe. Unfortunately, his defeat does not appear to have tempered his willingness to overextend his constitutional powers.

It is a point of interest that while the President seems unwilling to let his own Cabinet meet, he was willing to appoint three new cabinet ministers in place of the four Muslim ministers who resigned two weeks ago.

According to the 19th Amendment, the appointment of a minister can only be done on the advice of the Prime Minister. The media had reported that the Prime Minister had in fact recommended Ministers Malik Samarawickrama, Dr. Rajitha Senaratne, and Ranjith Madduma Bandara as replacements. However, the President chose instead to appoint Anoma Gamage, Lucky Jayawardena, and Buddhika Pathirana.

Not only has the President once again gone against the advice of his Prime Minister, and acted in contravention of the Constitution, but he has risked a constitutional deadlock in an effort to divide the UNP.

Sri Lanka has seen much upheaval in the past several months; from a constitutional coup to terrorist attacks to now another constitutional impasse. As the economy attempts to recover, the President’s political insecurity has led to decisions being taken that are placing the country on the back foot. The anger of the public at the representatives is understandable; however, it is now necessary to question whether they have directed it at the right person.

July 8, 2019 bythemorninglk No Comments
This week marked the beginning of July. In this week’s column, I would like to focus on certain critical issues arising in our political landscape in the month of July.