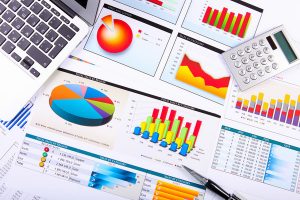 The Department of Census and Statistics (DCS) plans to launch a digital portal that would serve as a comprehensive registry of all registered and unregistered businesses in Sri Lanka.

The portal is expected to formalise the country’s economy, which is still overwhelmingly informal. It is also expected to enable the DCS to produce far more accurate economic data than it does at present.

A study carried out by the DCS in 2013 found that the informal sector of Sri Lanka’s economy was at a staggering 96%. It believes that this percentage has not come down significantly in the years that followed.

The need for this portal comes due to a large number of businesses operating unregistered, thereby failing to be captured under DCS surveys. This plan is expected to help formalise the economy and provide more accurate data to be used in economic indicators.

These plans were revealed to The Sunday Morning Business by DCS Director General Dr. I.R. Bandara.

The DCS is in the process of drafting a proposal to submit for Cabinet approval for this digital portal. Upon obtaining Cabinet approval, the portal will be launched by the Ministry of Finance. The Industry Division at the DCS would overlook the functions of this portal.

The new platform would necessitate all unregistered or informal sector businesses to get registered, and conditions with regard to compulsory compliance will also be issued.

Following the establishment of the portal, the DCS will have access to updated and current-time information of all businesses in the country, be it registered through the DRC, IRD, or any provincial secretariat, which would make it much easier for the Department to capture statistics more accurately.

“We will have access to different variables including the production of businesses. Even though we are getting it through the DRC at the moment, the process is complicated and time-consuming. Sometimes, by the time we get the registration information of a business, the business would even be closed down,” she further noted.

According to Bandara, the new portal will be beneficial for informal businesses in terms of legal aspects as there would be ways to identify these businesses and compensate them in case of a natural disaster such as the Tsunami.

The latest available data from the DCS indicates that out of one million businesses identified in the country during the year 2013, 96.5% are informal businesses. According to the International Labour Organisation (ILO), almost two-thirds of total employment in Sri Lanka is informal.

The ILO suggests that regulations and procedures relating to enterprises may need to be simplified and incentives such as credit be offered so that it would encourage informal enterprises to seek legal recognition.

Business registration in Sri Lanka has been a lethargic, costly, and time-consuming process, and several initiatives have been taken by Sri Lankan authorities to address this issue in the past several years.

A single window for business registration was said to be launched in November last year by the Ministry of Development Strategies and International Trade.

The DRC also amended Section 9 of the Companies Act, taking another burden off people who start businesses. Section 9 (1) earlier required the registered business to give public notice of its incorporation, specifying the name, address, and registration number of the company within 30 working days of its incorporation.

Following the amendment made three months ago, instead of the companies giving their public notice, the DRC issued the notice on behalf of them.

Sri Lanka managed to come up one spot from 100th to 99th from among 190 countries on the influential World Bank’s Ease of Doing Business Index 2020 released in October.

In October last year, then Governor of the Central Bank of Sri Lanka (CBSL) Dr. Indrajit Coomaraswamy cast serious doubts on the accuracy of Sri Lanka’s economic indicators compiled by the DCS.

Dr. Coomaraswamy expressed confidence in the current methodology adopted by the DCS two years ago, but pointed out that the lack of resources was standing in the way of the methodology being utilised successfully.

“They need resources to conduct the surveys necessary to support the methodology. In the absence of which, they have to use certain proxies and assumptions. Therefore, there are some disagreements between us and the DCS,” the former Governor noted.

As a result, the Government had set up task forces to identify weaknesses, which mainly stem from a lack of human and technological resources.

This was the second time the CBSL had questioned the accuracy of statistics compiled by the DCS. In December 2018, Dr. Coomaraswamy cast doubts on the GDP growth rate of Sri Lanka, saying he believed it was higher.

“I don’t think this is a 3%-growth economy. My view is that the growth is somewhere between 3.5-4% in 2018. The DCS adopted a new methodology some time ago, which needs a lot of surveys to support it. We don’t have the resources to undertake lots of surveys,” the former Governor said.

These comments followed similar sentiments expressed by former Non-Cabinet Minister of Economic Reforms and Public Distribution Dr. Harsha de Silva just two months prior. Dr. De Silva noted that the Port City was not being included in the final records of economic statistics.

“I have a big issue with the growth numbers coming out. There are a lot of activities happening. Are we recording them? The numbers are not reflecting what actually happens in the sector. I will give you an example – the Port City is not in the construction samples,” he stated.

In fact, it was Dr. De Silva who set up the six task forces to identify irregularities in the proper implementation of the methodology. The task forces were given a time period, during which they had to find out the issues and recommend surveys that should be conducted to solve the issues. The task forces comprised the CBSL Director of Statistics, along with private and public sector officials.

Earlier last year, speaking to The Sunday Morning Business, the DCS Director General told us that she stands by the current economic data compiled by the DCS.

Responding to Dr. De Silva’s claim about the Port City, she stated that the mining area of the Port City was captured in their surveys and once business activities start, the DCS would take them into account again.

April 7, 2019 bythemorninglk No Comments
With the purpose of promoting tourism in Sri Lanka, the Department of Excise commenced a programme to expedite the issuance of liquor licenses to tourist establishments.