Suhada Gamlath to step down? 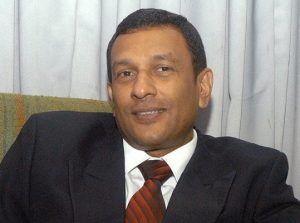 Chairman of Sri Lanka’s National Authority for the Protection of Witnesses and Victims Suhada Gamlath is to step down from his position over his recent controversial statement to the Aruna Newspaper.

Justice Minister Thalatha Athukorala speaking at a press conference today said that Gamlath had already informed the relevant authorities of his intention to step down.

“Gamlath has informed the Presidential Secretary that he will be resigning from his post.”

However, she said if he does not resign immediately, the Presidential Secretary will take due course of action.

Athukorala further noted that as a public servant, it was unethical for Gamlath to come in front of the Media and give his ‘political views’.

The Former Solicitor General during an interview with the Aruna Newspaper stated that Minister Patali Champika Ranawaka and Minister Rajitha Senaratne had pressurized him to arrest former Defense Secretary Gotabaya Rajapakse over the Avant Garde case.

May 13, 2020 byTSM Web Desk No Comments
Two more individuals have tested positive for Covid-19, raising the total number of Covid-19 cases in the country to 891.

August 5, 2020 byTSM Web Desk No Comments
The Department of Meteorology has issued an advisory on strong winds and rough sea areas for several parts of the country.