September 12, 2019 by The Sunday Morning No Comments 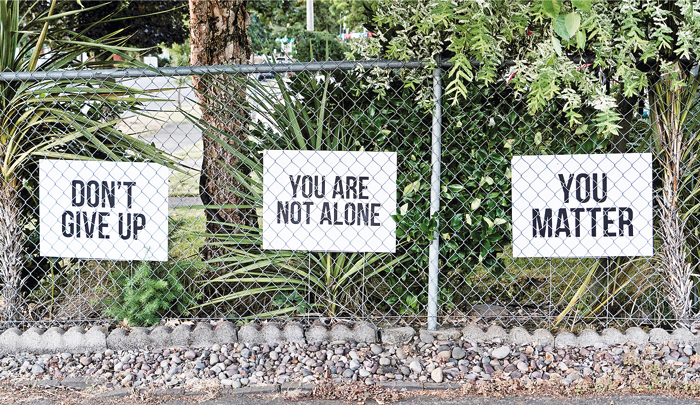 Suicide rates in Sri Lanka increased in the 1980s and 1990s, reaching a high of 48 per 100,000 in 1995. Although rates have declined now, the incidence of suicide and deliberate self-harm remains high, especially among young people. Data on hospital admissions show that the number of adolescent girls admitted for deliberate self-harm is on the rise. September is National Suicide Prevention Awareness Month – a time to share resources in an effort to shed light on this highly stigmatised topic. We spoke with University of Colombo – Faculty of Medicine Department of Psychiatry Chair and senior lecturer Prof. Raveen Hanwella, who is also an honorary consultant psychiatrist to the National Hospital of Sri Lanka.

Suicide has two facets – those who complete the act and those who do not. It is important to note that some who attempt self-harm may actually not want to die. The distinction between the two groups is important to address the underlying causes. The survivors of a suicidal attempt can be hence put into two groups: (i) the “failed suicide” group constituting those who actually wanted to kill themselves and (ii) the “deliberate self-harm” group constituting those who did not actually want to die.

What is deliberate self-harm?

Deliberate self-harm, also known as non-suicidal self-injury, is an intentional act of causing physical injury to oneself without wanting to die. Deliberate self-harm behaviours commonly include cutting (with a knife or razor), scratching or hitting oneself, and intentional drug overdose. They may also include limiting food intake and other “risk-taking” behaviours such as driving at high speeds. Many individuals who self-harm use more than one method of self-injury. These acts are often gratifying and cause minor to moderate harm. Some self-harm on a regular basis, while others do it only once or a few times. Although deliberate self-harm is done without lethal intent, it could lead to fatality. 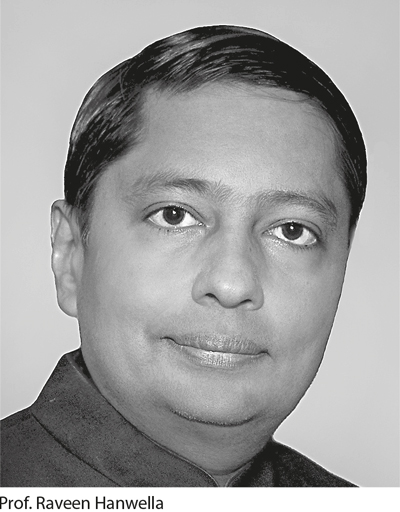 Who is at risk?

Most people who self-injure are teenagers and young adults, although those in other age groups also self-injure. Self-injury often starts in the preteen or early teen years when emotions are more volatile and teens face increasing peer pressure, loneliness, and conflicts with parents or other authoritative figures. Adolescents who self-harm tend to experience some common stressful precipitating events, including peer/friendship or relationship problems, academic stress, physical or psychological abuse, and bereavement. Other factors such as female gender, mood disorders, adjustment disorders, and regular alcohol use also contribute to this condition.

Prof. Hanwella stated that today’s society puts a lot of undue pressure on youth where parents and educators put too much emphasis on academic performance. Even though there is no one single or simple cause that leads someone to self-injure in general, self-injury may result from:

Through self-injury, the person may be trying to:

What needs to be done?

Prof. Hanwella stated that with the introduction of psychiatry into the medical curriculum, every doctor in the country is equipped with the fundamental skills to handle such cases. However, if there is an underlying problem, they should be referred to a specialist in the field. If an individual is engaging in deliberate self-harm, it is important to assess for the presence of self-harm as well as other salient features of the act, including precipitating factors, frequency, and lethality of the method.

As deliberate self-harm is a coping method, focusing solely on condemning or stopping the act can be detrimental while empathic listening can be helpful. Empathic listening is the process of listening so that others are encouraged to talk; this is especially crucial for adolescents who often feel unheard and misunderstood. Primary care physicians or counsellors can facilitate engagement with adolescent patients by creating a safe space for them to freely discuss their problems without interruption.

Adolescents may be more willing to disclose their problems when interviewed alone, given time to open up, and they know that their right to patient confidentiality is respected.

Prof. Hanwella pointed out that children should be taught skills in listening to others and handling emotions. Teachers and parents should focus on improving a child’s emotional intelligence and not focus only on academic performance. Developing a child’s self-esteem enables him or her to cope with life stressors. Society can help by withholding negative judgments, especially from family and the individual with self-harming behaviour.

Advice for parents or caregivers of adolescents who self-harm:

When to see a psychiatrist

(b) severe psychiatric conditions such as psychosis; and (c) high frequency, intensity, and lethality of self-harm acts. These individuals should be seen by a psychiatrist without delay.

How common is self-harm?

According to the Royal College of Psychiatrists:

How to build a support network

To build a support network:

Develop a plan together to support the person – identify how different people can help. Get professional help if you need it. Talk to your local doctor, medical centre, community mental health team, or counselling service

It’s important to involve others to help you and the person you’re supporting. Don’t try to do everything yourself. There are lots of myths attached to self-harm. This isn’t surprising – myths and misunderstandings often arise when a problem like self-harm is poorly understood. Negative stereotypes can be powerful. They need to be challenged because they stop people from talking about their issues and asking for help. These myths also mean that professionals, family, and friends can misunderstand people who self-harm.

Finally, Prof. Hanwella emphasised the importance of active community participation to curb this issue and create healthy minds in young people. The media especially can play a major role by creating awareness towards positive mental health. While the suicide rate in the US is rising, our rates are declining. He believes that in a few years, this rate will further come down. This is mainly due to reducing the lethality of the commonly used suicidal agents and banning some of them in the country. These efforts together with improved transport facilities have dramatically reduced suicide-related deaths in Sri Lanka, and the time has now come for us to do our part by increasing awareness and creating a conductive environment for discussion.

June 11, 2019 bythemorninglk No Comments
Located in Ginigathhena, standing at 322 feet, Aberdeen falls is ranked the 18th highest waterfall in the island. It’s a horsetail type of a waterfall which essentially means the descending water...