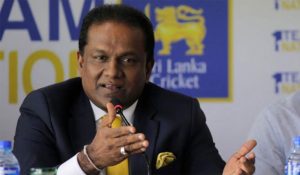 Former President of Sri Lanka Cricket (SLC) Thilanga Sumathipala has reportedly filed a writ application in the Court of Appeal asking for an independent inquiry over his suspension from the cricket board administration.

In October last year, Sumathipala was banned from any form of involvement in cricket administrative affairs through a special gazetted notification tabled to parliament by the then Sports Minister Harin Fernando.

He had held office as Immediate Past President of SLC when such ban was imposed.

Malinga bowls for Kandy, takes one for 30 in his four overs

August 22, 2018 byRevatha No Comments
Malinga took one for 30 in his four overs in the domestic T20 on Tuesday.