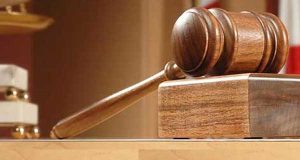 The Permanent High Court-at-Bar today (19) granted bail to Arjun Aloysius, owner of Perpetual Treasuries Limited (PTL) and several others who were implicated in the treasury bond scam case.

Govt. will not interfere in AG, Act. IGP dispute: Bandula

February 13, 2020 byTSM Web Desk No Comments
The government today said that it will not interfere in the fued between the Attorney General (AG) Dappula de Livera and the Act. IGP. Senior DIG C.D. Wickramaratne.

February 8, 2019 byEaswaran No Comments
The Human Rights Commission of Sri Lanka (HRCSL) has dismissed a statement made by President Maithripala Sirisena in Parliament this week which was critical of the HRCSL.