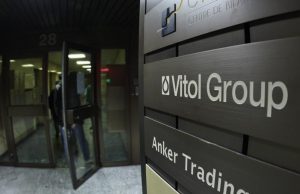 The Government has awarded a tender for long-term fuel supply to energy trader Vitol Asia (Pte.) Ltd., which on several occasions was purported to have supplied substandard fuel oil and diesel causing engine malfunctions to state-owned vehicles, locomotives, cranes, and power plants.

The Government Information Department late last month announced that Vitol has won the tender to supply diesel and petrol for a period of eight months from 15 July 2019 ending on 14 March 2020.

When contacted, Highways, Road Development, and Petroleum Resources Minister Kabir Hashim said the procurement committee informed him that Vitol Asia (Pte.) Ltd. was selected to be the most suitable supplier that would supply the required consignment for the coming months.

“I only informed the Cabinet about the selected supplier. It is the responsibility of the procurement board to obtain lab reports on the consignments before it is purchased.”

In 2013, the Auditor General’s Department conducted a special audit to ascertain the damages caused following the use of alleged contaminated fuel stocks for the period from 1 June 2011 to 30 June 2012.

The audit report revealed that 252 engine fuel filters were impaired, costing replacements estimated at Rs. 1,810,407 for the Department of Railways.

The Sri Lanka Transport Board (SLTB) reported that 289 buses were affected and the cost of replacements amounted to Rs. 650,659.

The Sri Lanka Ports Authority (SLPA) had informed that 57 of their instruments and vehicles were affected. Yet, they had not submitted an estimate of the damages and stated that they replaced the damaged components with available parts in their stock.

The Department of Posts too had recorded that 23 of their vehicles were affected by the substandard fuel and the cost of repairs amounted to Rs. 383,370.

The supplier was later reinstated on December 2013, after Vitol Asia had filed a case demanding $ 2.5 million in damages, as the inquiry following the August 2012 ban had failed to prove that the supplies were contaminated.

Following the reinstatement, another shipment was purchased from Vitol Asia’s Singapore office in early 2014.

But just after using 5,000 metric tonnes from that supply at the Kerawalapitiya power plant, engine trouble was once again reported.

By December 2016, Vitol shipped Jet A-1 fuel to be used for airplanes, which was again tested and confirmed to be contaminated by January 2017.

Yet, the Ceylon Petroleum Corporation (CPC) went ahead and used the said consignment of aviation fuel, stating that the said fuel had an acceptable standard and could be used after refining although it did not meet the expected standard of aviation fuel on its arrival. The incident was published on the fourth report of the Committee on Public Enterprises in October 2017.

Responding to an email inquiry by The Sunday Morning, Vitol informed that they have been supplying Sri Lanka for circa 30 years and for most of this time without incident.

“It has been a number of years since there was any discrepancy regarding specification,” Vitol stated.

Ranil Wickremesinghe sworn in as PM

December 16, 2018 byRandev No Comments
UNP leader Ranil Wickremesinghe was sworn in as the Prime Minister before President Maithripala Sirisena at the Presidential Secretariat.