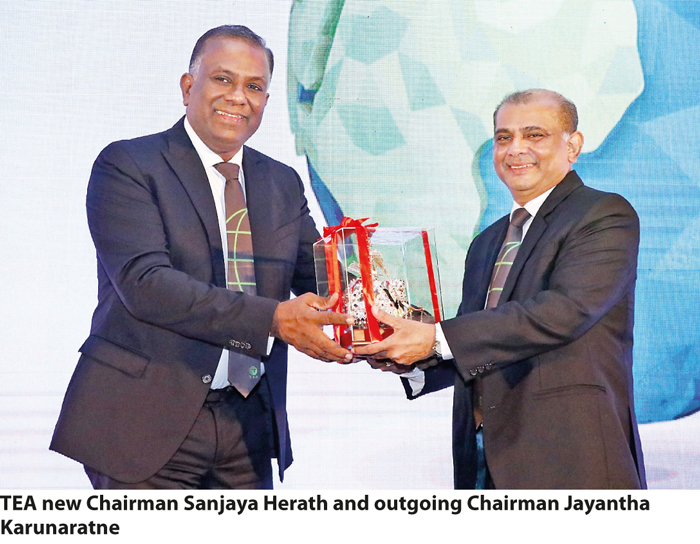 Sri Lankan tea exporters will soon be able to test their consignments in an internationally accredited laboratory within the country itself, according to Tea Exporters Association of Sri Lanka (TEA) newly appointed Chairman Sanjaya Herath.

The long-needed requirement to have an internationally accredited laboratory is finally being addressed as the Ministry of Plantation Industries, Tea Exporters Association of Sri Lanka (TEA), and Sri Lanka Tea Board (SLTB) are in the process of setting up a fully fledged testing facility.

Addressing the media during the annual general meeting (AGM) on Friday (6), Herath noted that they requested Japanese Ambassador to Sri Lanka Akira Sugiyama to provide assistance to this initiative through the Japanese Government.

Herath further noted that they are planning to work closely with the Tea Research Institute of Sri Lanka (TRI) to develop the tea industry in commercial aspects and will look to obtain the geographical indication (GI) status for Sri Lanka’s tea produce.

“One of the other major projects we want to undertake is to fast track the securing of the GI status for Ceylon tea in order to reach the full potential for our tea.”

He also expressed his grievance towards the inability to address the issue of several tea packers outside the country using the name “Ceylon” in their packaging and emphasised the importance of automating the whole tea industry, which would help the industry to be efficient and to eradicate corruption and malpractice.

Meanwhile, addressing the gathering, TEA outgoing Chairman Jayantha Karunaratne lamented over the utilisation of funds collected through the promotion and marketing levy.

“Unfortunately, this has not been properly utilised for the purpose for which it was created. Large sums are still in deposits and only a part has been utilised,” Karunaratne noted.

He further added that even the partial utilisation of the fund does not include any sort of payments towards brand promotion of Ceylon tea or hold up the brand presence in the international market.

According to Karunaratne, the issue has been raised to Minister of Plantation Industries Navin Dissanayake a number of times. However, they are yet to get a response on this matter.

Karunaratne noted that such taxes have made Sri Lankan tea uncompetitive in the international market as the exporters find it difficult to settle with the high cost of production.

President yet to act on SriLankan report

February 10, 2019 bythemorninglk No Comments
President Sirisena is yet to respond to the the report submitted by the restructuring committee he hurriedly appointed for SriLankan Airlines, more than two weeks after it was handed over to him.

Remittances: The devil is in the details