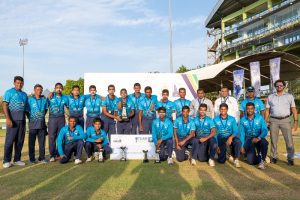 Team Colombo became the Champions of the Under-19 Super Provincial 50-over Tournament beating Team Dambulla by 61 runs at Dambulla on Tuesday, 23 July. 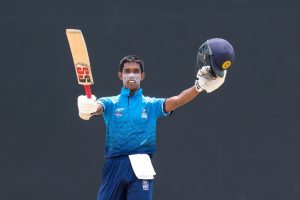 Colombo, who batted first, scored a challenging 303 runs in their 50 overs for the loss of six wickets. Centuries were scored by skipper Kamil Mishara (120 runs) and Ahan Wickramasinghe (127) for Colombo. In bowling for Team Dambulla, A. Daniel captured two wickets for 73 runs.

In the reply, Dambulla struggled with wickets falling at regular intervals. K.L. Gamage was the top scorer for Dambulla with 63 runs and D. Jayakody made 51. Dambulla only managed to score 242 runs all out in 42.5 overs. In bowling, Dilmin Ratnayake took four wickets for 45 runs. 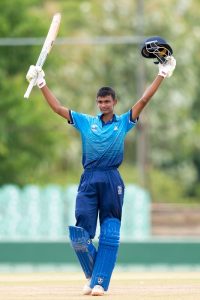 Ahan Wickramasinghe who made 127 for Colombo

Ahan Wickramasinghe was adjudged the Man of the Match of the finals.