Clarity sought as no provider operates 5G yet 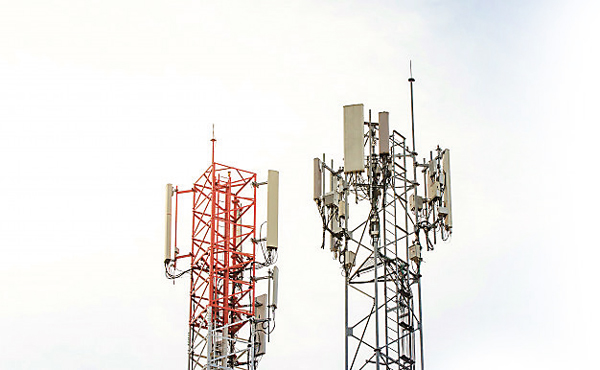 None of the existing telecommunication services has commissioned a 5G tower in the country while a few are in the testing stage. Furthermore, 5G licenses have not been offered by the Telecommunications Regulatory Commission of Sri Lanka (TRCSL) to any network yet. The Sunday Morning Business learns that Sri Lanka is yet to allocate a 5G spectrum for operators, which is a step that should be completed before issuing 5G licenses.

This has left the industry in confusion over the supposed relief provided by the removal of this levy. To add to this confusion, as of Friday (25), service providers were yet to receive an official confirmation from the Ministry of Finance about the exemption. Mobitel CEO Nalin Perera and Hutch CEO Thirukumar Nadarasa confirmed to The Sunday Morning Business that they had not heard anything from the Ministry and came to know of this only from news reports.

On Wednesday (23), the Government decided to exempt the towers used to provide 5G coverage from the cellular tower levy, and the exemption was announced while presenting a bill to Parliament. The decision is said to be arrived at following the requests from operators.

However, a leading industry source told The Sunday Morning Business that this tax exemption might not be helpful for service providers as they had no 5G towers at the moment but may be an inducement for them to step into their 5G introduction plans and commission 5G towers in the future.

Another industry source told us that it would have been of significant benefit to the operators if this exemption was given to 3G and 4G towers as the existing levy on those towers is counterproductive to the industry.

The cellular tower levy was imposed under the Finance Act No. 35 of 2018. According to the existing provisions, proceedings are to be initiated at the Magistrate’s Court, if any operator defaults the payment of the levy.

Provisions for a surcharge will be introduced if an operator defaults the payment of the levy, prior to initiating court proceedings.

The telecom tower levy, which was first proposed in the Budget 2018, came into effect from 1 January this year as originally planned, despite repeated appeals by the mobile telecommunication sector for it to be reconsidered.

Accordingly, a levy of Rs. 200,000 per tower was imposed per annum on every mobile telephone operator who owns and uses cellular towers according to the Finance Act 2018 gazetted on 10 August, 2018 and approved by the Cabinet on 18 September.

This Act relaxed the original plan contained in the Budget 2018 to impose a monthly levy of Rs. 200,000 per tower on the operators after the Government took into account industry concerns.

As stated by the Treasury at the time of the initial proposal, nearly 6,750 towers were used by the five mobile operators to support the needs of a population of 20 million. However, each tower can only support the equipment of two to three operators due to tower loading constraints.

According to a joint statement by the industry, a tower costs more than Rs. 10 million to build and Rs. 115,000 a month to maintain (including electricity, security, and site rent) and as such, operators would naturally be extremely cautious about building unnecessary towers.

The Government’s aim of introducing this levy was to reduce the number of new towers mushrooming and proliferating countrywide. All operators already have a large number of loss-making towers in rural areas. These losses will be significantly augmented if the proposed levy were to be implemented, making them economically unviable to sustain, the statement added.

Sri Lankan telecommunication providers are undertaking measures to introduce 5G in the near future. In June, Mobitel reached the highest mobile 5G speeds for the first time in South Asia exceeding speeds of 1.55 Gbps using a commercial 5G mobile smartphone during a demonstration of 5G speed tests. As a result, Ookla, the global leader for speed test benchmarking, recognised Mobitel as the first mobile 5G network in South Asia.

July 1, 2019 byCharindra No Comments
Former Dialog CEO Dr. Hans Wijayasuriya was inducted as the Chairperson of The Ceylon Chamber of Commerce during its 180th AGM on Friday (28), taking over from veteran banker Rajendra Theagarajah.

May 6, 2020 byCharindra No Comments
The Central Bank of Sri Lanka (CBSL) today warned that it will be compelled to take regulatory action against banks and financial institutions if they do not reduce lending rates as desired by CBSL.