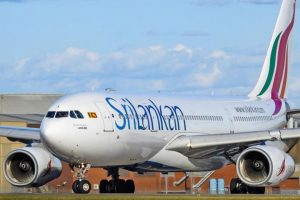 The Presidential Commission of Inquiry which was appointed to probing fraud allegations and malpractices in SriLankan Airlines, SriLanka Catering Ltd and Mihin Lanka has been extended till 30 June.

The term for the commission was extended through a Gazette notification which was issued by President Maithripala Sirisena.

The first term of the commission was set to expire on 31st of July 2018, however, President Sirisena took measures to extend its official term until December 31, 2018.

The commission’s second official term, which was to expire on December 31 last year, was then extended until 15th February 2019.

January 17, 2020 byTSM Web Desk No Comments
UNP Parliamentarian Hirunika Premachandra today claimed that one out of the two leaked audios has been doctored to ruin her reputation.

Over 200 prisoners released for Vesak

May 7, 2020 byTSM Web Desk No Comments
228 inmates have been grated the presidential pardon in view of Vesak Poya Day.