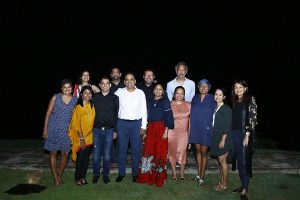 Sri Lanka has always been a land of talent and potential, with the country housing some of the most talented business minds in the region. However, this talent is rarely guided, preventing many Sri Lankans from entering the world stage.

One of the best examples of the importance of guidance in this context in Sri Lanka came in 1996, when the national cricket team, led by the inspirational Arjuna Ranatunga, won the 1996 Cricket World Cup.

Just like Ranatunga did in 1996, the last few years have seen the SEALA (South East Asia Leadership Academy) grooming and guiding Sri Lanka’s business talent to pave a path to the international stage.

SEALA is a not-for-profit initiative launched in 2013 by the Society of International Business Fellows (SIBF) with the purpose of creating the next generation of business leaders in the South East Asian region. The model follows that of SEALA’s sister organisations, Central Eurasia Leadership Academy (CELA) and Middle East Leadership Academy (MELA), where annual leadership workshops are held as a gateway to membership and access to a rich programme of follow-on events.

SEALA Executive Director Adam Albion stated that SEALA feels different in comparison to the other three organisations because it covers 11 countries across South Asia and South East Asia, with the region being both ethnically and linguistically diverse and each country being in different levels of economic development.

“What makes SEALA unique is the fact that this region does not have one common language as do the other regions. Also, there is no single set of cultural norms, but there are cultural values that link you all.”

Albion also pointed out that another difference seen in this region is the importance of family businesses, which brings in the idea of leadership within communities, making it almost a tradition to help one’s community grow.

“The purpose of business here is not just to enrich yourself, but, as you are part of society, for society to grow with you too. That is very much in the mentality of the SEALA people we have met.”

The 10-day workshop was recently held in Sri Lanka for the second time and saw the arrival of 31 participants, facilitators, and alumni from other organisations and countries in this region. The event also acted as a reunion for SEALA alumni, 27 of whom are from Sri Lanka.

During the event that took place from 10-20 January, SEALA Founder and CEO Anand Sharma spoke with The Sunday Morning Business on SEALA’s purpose and current progress in Sri Lanka. 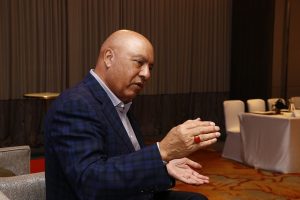 Sharma stated that he moved to the US over 50 years ago, and after having been a businessman for almost 27 years, decided to start his own global consulting firm. Wanting to retire and give back to society, Sharma stated that he joined the Atlanta-based organisation SIBF as a volunteer to facilitate a business academy in Abu Dhabi.

“After being exposed to this concept, I was very interested, because here we had 35 participants from 12 countries that never really talk to each other, wanting to transform themselves. And I saw this transformation happen within 10 days, because the people who participated already had high potential and were successful, but still had a lot more ways to go.”

After witnessing this transformation, he and his wife decided to create a similar organisation in the region they came from, helping guide the business leaders of tomorrow.

He explained that this type of transformation is needed in this part of the world, as the region has intelligent people who are usually held back due to several factors including some self-imposed.

“People in this part of the world have several limitations when it comes to growth; it can be because of the Government, infrastructure, or even ones they put on themselves by not thinking globally. So we thought that we could change some minds and have these leaders grow their organisations into having high moral values, bringing prosperity, and creating jobs, eventually, giving back to society.”

After a few months of planning, Sharma explained that he spoke with the SIBF Board about his plan to launch SEALA, with the intent of hosting the first academy in January 2014. After flying from city to city in the South East Asian region, looking for connections in countries like Malaysia, Thailand, and Singapore, he stated that they managed to gather six volunteer board members to help facilitate the first academy.

With the help of these six board members, Sharma stated that they managed to recruit 27 participants and held the first academy in Chennai, India. He went on to state that they also had 18 people, five or six of whom were faculty members, fly down from the US to help facilitate it.

“Most Americans have never been to India and were hesitant to come, but because of my connection with them, they decided to make the trip. After we concluded the first academy, they were so satisfied that they are all still with us – and this our seventh academy.” 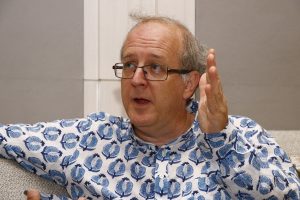 After the first academy in India, SEALA conducted academies year on year, in countries such as Malaysia, Indonesia, Thailand, Sri Lanka, and Vietnam, in that order, before returning to Sri Lanka this year for their seventh academy.

Sharma explained that Sri Lanka was an ideal location for SEALA due to its beauty and neutral relationships with the other countries in the region.

“In today’s climate, it’s hard for Indians to get visa for Pakistan, Pakistanis to come to India, and Bangladeshis to come to Pakistan; this has limited the number of locations in which we can conduct the academy. We are back here for a second time because Sri Lanka is neutral and a very beautiful place.”

According to Sharma, the academy is open for people between the ages of 28 and 45 who are mid-career professionals, from both the business sector and civil society.

“The academy’s participants usually comprise 80% from the business sector and 20% from civil society. We also take people from NGOs, the Government, education sector, doctors, and lawyers – basically when we see people who are not just interested in making money, but are interested in making a difference, with high ethical values, we take them. These are the people who will become successful and also give back.”

SEALA’s curriculum is divided into three segments, in order to transform people from different industries and age groups.

The first segment is set to strengthen their inner core by understanding who they are, including their strengths and blindsides. It also includes learning how to deal with diversity and people with different thought process, as well as understanding the system and how the power structure works, in order for them to accomplish their goals.

The second segment is geared towards surviving the current hostile environment, whether pertaining to geopolitics or uncertainty. This segment teaches participants to develop a personal vision for the direction in which they want to take either organisation or themselves. It also helps participants hold themselves and other people accountable when getting things done.

Sharma stated that one of the key themes of the academy is leadership and teaching participants how to use their uniqueness, experiences, and skills to help the people around them achieve their full potential.

“This is very different from the old management style where I tell you to do something and you do it; our objective is to help people think for themselves and achieve their own potential.”

Sharma stated that one of the academy’s core tools is facilitation, where the facilitators who have been successful in business help participants in personal and organisational growth.

He explained that the academy only takes up to 30 people at a time, after which they are split into six groups of five and assigned two facilitators each. Sharma explained that unlike normal workshops where participants sit at lectures and listen, an environment in which it is hard to retain information, facilitators help them make sense of the information they receive during the course of the academy.

“Every two participants have one person – either a facilitator or faculty member – and we focus more on experiential learning, modelling, and simulations. Because if you just have a lecture, the participants retain very little; if you have a simulation, they retain better, and if they practice it within the same time frame and apply it to something they arer passionate about, it gets imprinted in their mind.”

He also stated that most of SEALA’s former graduates can be seen coming back each year to help facilitate the new academies.

Sharma explained that participants have to pay $ 7,000 for the 10-day programme, however the organisation does take into consideration participants who cannot afford the programme.

He went on to state that they give scholarships to 10 or 15 people who really deserve it. These include scholarships ranging from 50-90%, with the remainder of the fee being paid by donors.

As the participation fee mainly goes towards accommodation and food expenses, Sharma stated that the organisation runs on a deficit of over $ 100,000 each year, with it being financed by donors including him and his wife.

Sharma stated that Sri Lanka, despite being a small country, has a large number of alumni, whereas countries like India and Pakistan have yet to take advantage of this programme. He went on to state that one academy saw around 10 or 11 Sri Lankans participate out of the total of 30 that took part.

He stated that Sri Lanka has the third highest number of alumni, only being beaten by 63 in India and 44 in Pakistan, which he attributes to the size of those countries.

“Sri Lankan people showcase the eagerness and the desire to learn, and because it’s a small country, all the alumni live in close proximity to each other, which is not the same in other countries like India and Pakistan.”

Speaking about the industries that take part in the academy, Sharma stated that it’s a cross-section of industries, ranging from manufacturing, fashion, and apparel to IT. He explained that it is not industry specific and is only concerned with leaders who want to make a difference.

Sharma described the academy as a gateway to a network of like-minded people from around the world, with SEALA alone having 220 members and all the organisations combined having thaousands.

“You have these like-minded people who you can reach out to and are always eager to help you, having gone through similar experiences. Even if we do not conduct another academy here, SEALA in Sri Lanka will keep growing, because the bonds it has created and the impact is has had on the people is very strong.”

August 4, 2019 bythemorninglk No Comments
The Board of Investment (BOI) last week commenced termination proceedings on a Rs. 16 billion investment agreement with Blue Mountain Properties which was signed in 2016.