The ICC is just a toy of the Big Three, says Pakistan media 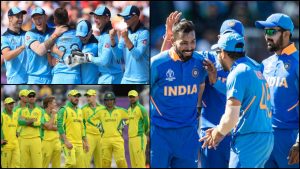 In a scathingly critical piece written by Fazeer Mohammed that appeared on www.pakpassion.net on 1 February, named the collaboration between Australia, England, and India as a “mafia” that treats the ICC and the rest of the Test playing world as “beggars”.

Following is the full article:

It’s not very often that an iconic venue perfectly symbolises what that sport represents.

In cricket though, Lord’s, with a surface that would be condemned as unsatisfactory anywhere else in the world, typifies almost exactly the uneven playing field which is, was and probably always will be the defining characteristic of what many still laughably refer to as the “gentleman’s game.”

And the gradient just keeps getting steeper, as exemplified in the latest attempt by the cartel of India, England and Australia to stage a four-nation One-Day International series in defiance of a convention presumably introduced by the International Cricket Council (ICC) to discourage tournaments rivalling their global events.

Then again, the ICC is just a plaything of the “Big Three,” so any of the rules and conventions agreed to there are really for the rest of us beggars of the cricketing world to be kept in line or suffer the ultimate consequence of being locked out of the money-spinning competitions featuring the game’s traditional rivals and its economic powerhouse.

And that’s essentially what the idea of the fourth team in that proposed event is all about: a tantalising prospect for the rest of the cricketing nations all jostling for attention and kissing up to the lords of the game for the precious invitation to their breakaway event. It is classic divide and rule and everyone knows it, even if publicly they will say otherwise.

Wouldn’t it be nice to think that the other nine Full Member nations could band together for the real good of the game and refuse to the kowtow to the demands of the cricketing mafia? It sounds heroic but in the harsh reality of the international cricket environment, where revenue is essentially controlled by that trio, no national administration will sacrifice financial viability for principle because the same fans outraged at the injustice will burn effigies of administrators who stand their ground at the cost of matches against cricket’s ruthless godfathers.

As I just said, we know all of this already, so what’s the point of going on about it? I don’t know really. As one well-meaning off-screen personality intimately involved in television coverage of the international game once told me: you can make all the noise you want about the inherent injustices at the elite level of the sport, nothing is going to change because the power-brokers like it so and the rest who rely on the power-brokers lack the will to effect real change.

Article can be read at – http://www.pakpassion.net/literature/pp-blogs/fazeer-s-focus/7168-the-icc-is-just-a-plaything-of-the-big-three-fazeer-mohammed.html

Dimuth, Chandimal still among top 10 in the world

August 23, 2018 byRevatha No Comments
Dimuth and Chandimal retain their top-ten places in the most-recent ICC rankings

July 23, 2019 byRevatha No Comments
Team Colombo became the Champions of the Under-19 Super Provincial 50-over Tournament beating Team Dambulla by 61 runs at Dambulla on Tuesday, 23 July