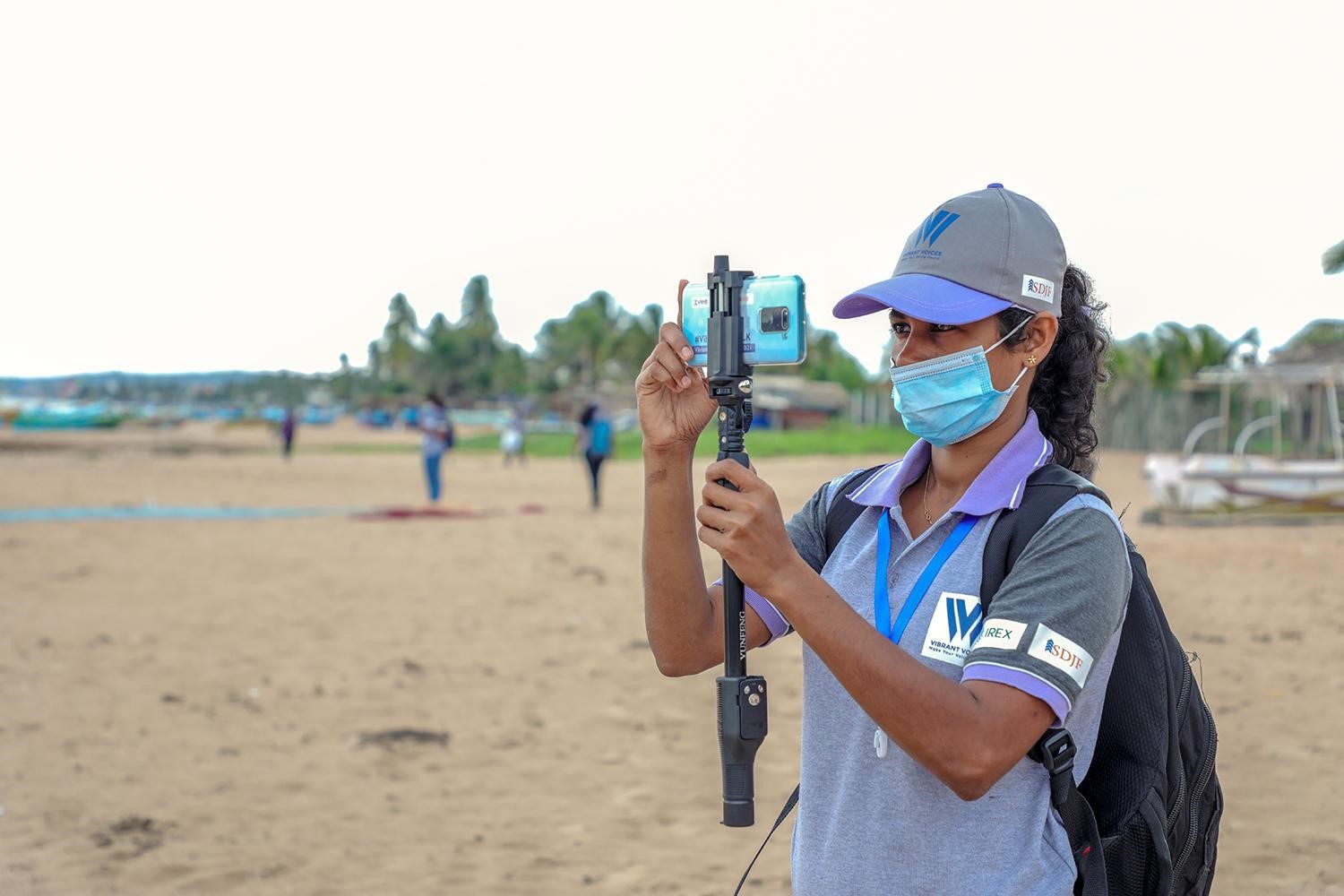 The inspiring story of Suranga Udari

January 13, 2021 by Venessa Anthony No Comments 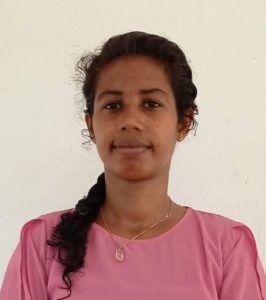 Suranga Udari made history in Sri Lanka after she reported a pressing environmental issue on facemask disposal prevalent in the Hikkaduwa coastal area of the Galle District, entirely through sign language. In doing so, she was awarded the title of being Sri Lanka’s first sign language reporter.

Currently residing in Ahangama, she comes from a large family of five siblings, out of which two are hard of hearing. She initially schooled at a regular school at Ahangama that wasn’t equipped to deal with a student that was of the deaf community, which she stated she found immensely uncomfortable and challenging.

Later on, she pursued graphic designing as a career and obtained a diploma in Computer Software at Lake House. After eight long years as a graphic designer, she was put out of work due to the pandemic, which was around the time she picked up an interest in journalism. Despite her passion and interest in the field of media, none of the media houses in Sri Lanka provided her the opportunity to pursue a career in reporting, owing to her disability, until now.

Her first programme was published on a weekly news programme, MediaCorps Watch, organised by the Sri Lanka Development Journalist Forum (SDJF). The programme is dedicated to encourage marginalised segments in the community to report their issues and amplify it to the national level. Later, this feat was picked up by mainstream news and Udari was given the opportunity a few days back, to report on another story she researched on, on a well-known news channel in Sri Lanka. She is slowly but surely establishing herself as a proud reporter.

“Vibrant Voice” is a programme run by the SDJF that works with women in sexual minorities and marginalised communities to raise and amplify their voices at a national level that mainstream media is silent on. Under this programme, Udari underwent five days of intensive journalism training by Mobile Journalist (MoJo) trainers and was provided with a MoJo kit. She added that she learnt skills like mobile journalism and was taught how to use social media for advocacy purposes.

Udari made use of this knowledge and created a video which she submitted to the SDJF. Speaking about her experience at the training, she said: “It was difficult at the beginning, yet with time I was able to pick up the skill fast with the immense help of the SDJF and their mentors. I had some experience in photography and I believe that might have helped me in this situation as well. This skill is very useful to bring light to the deaf community in unveiling their hidden problems.”

Speaking to The Morning Brunch, SDJF Programme Director Mohamad Azad commented that they saw a potential news value in this video and communicated with her to work out the finer details. After a few tweaks, it was then submitted to MediaCorps Watch.

Azad also stated that this programme is run entirely by mobile devices with a heavy focus on mobile journalism. He added that the pandemic has brought upon an influx of fake news, and emphasises the importance of reliable and accurate mobile journalism in a time where the country seems to be going digital.

“We are very proud of the Vibrant Voices programme since it has given a platform to many of the marginalised community and has given Udari the chance to be recognised as Sri Lanka’s first sign language journalist. It’s a big achievement and is an excellent opportunity for her future. We wish her the best with her endeavours.”

Udari commented on her achievement, saying: “I never thought I’d receive this opportunity. I’ve always had an interest in the field but I never thought this dream would come through.”

Challenges amongst the deaf community

Sri Lanka has a long way to go to be more inclusive of the deaf community. Udari noted that in our country, people hard of hearing are not permitted to obtain a drivers licence because their medical report “does not portray them as regular people” due to their hearing impairment, but also observed that many other countries are more progressive and allow the community to obtain a licence.

The deaf community face issues in terms of driving vehicles, obtaining any kind of education, and finding employment. Since the option of driving a vehicle is unattainable, they have to resort to public transport, which is seemingly not in their favour either. “Even when we travel on a train, everyone is speaking and we can’t even hear the loudspeaker.” She questioned how members of the deaf community are supposed to know when to board and get off the train, adding that it’s a better situation on buses, but there’s still a risk of getting off at the wrong place.

Udari noted that the pandemic has only worsened the situation; with the wearing of masks made mandatory, it is difficult to resort to the option of reading lips.

She also informed us that the education system does not have specialised syllabuses for people of her community, and they are expected to learn the same syllabus as everyone else. “We are not given the opportunity to specialise in a field that we feel will work best with our individual personalities.” She added that other students of society have the option to study in any language that they please, but her community can only be educated in sign language, and that is not always readily available to them.

In terms of getting a job, the general public is offered many jobs by the government sector, whereas the deaf community is always discriminated against and viewed as incompetant. She hopes that the Government would consider offering them more job opportunities as their lack of hearing does not mean they are incapable of an honest day’s work.

Udari has made a significant impact in the deaf community with her achievement and hopes that in the future there will be a change and more people will be granted the same opportunities as she was. She thanked the SDJF for bringing her up to standard and giving her a pedestal in society.

In 2021, she aims to give the deaf community a voice and help them overcome their challenges. Her sincerest wish is to represent the deaf community with her new found title and mitigate the problems they face in order to give back to the people that she has been a part of all her life.

October 25, 2018 byJennifer Anandanayagam No Comments
Traditional highlights and favourites are coming back to the sports centre arena at the Hilton Colombo when the much looked forward to annual event, the Oktoberfest takes place from 1 to 10 November.

A closer look at the big screen

January 20, 2019 bythemorninglk No Comments
If you happen to be in touch with the current state of affairs, you are likely to have heard of the incident which took place at a leading cinema hall in Colombo last weekend.