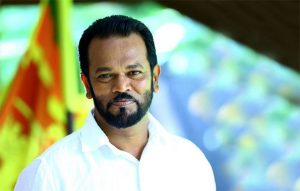 The six suspects including Deputy Minister Palitha Thewarapperuma who were apprehended over the burial of a body in an unauthorized land have been granted bail today(16).

The order was delivered by Matugama Magistrate when the case was taken up today.

The case was postponed to be taken up again on the 10th of December.

The suspects had reportedly violated a court order and forcibly buried a dead body in the cemetery at Troit Estate in Nebada, Matugama.

December 5, 2019 byTSM Web Desk No Comments
Rishad Bathiudeen has sent an official letter to President Gotabaya Rajapaksa requesting him to appoint a Presidential Commission to probe allegations levelled against him.

October 27, 2019 byThe Sunday Morning No Comments
The Committee on Public Enterprises (COPE) has revealed a costly deal reached between the Ceylon Electricity Board (CEB) and a private power plant where,