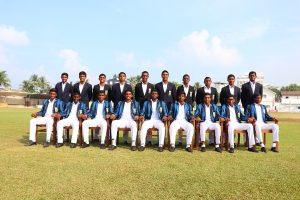 STC batting first, posted a score of 261 runs in their innings while RC was bowled all out for 249 in their turn at the stumps giving STC the championship with a margin of 12 runs.

A tense situation between the two sides took place after the match had concluded on the pitch with the police intervening to break up the supporters of the opposing sides.