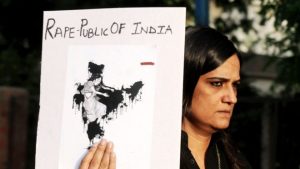 Three men have been jailed for life for the rape, torture and murder of an eight-year-old Muslim girl in Indian-administered Kashmir.

Three police officers were found guilty of destroying evidence and sentenced to five years in prison.

The victim, who belonged to a Muslim nomadic tribe, was found in a forest near Kathua city in January 2018.

The case sparked widespread anger and made headlines when Hindu right-wing groups protested over the men’s arrest.

Eight people, including a former government official, four policemen and a minor, were charged in connection with the crime. One of them has been acquitted and the minor is set to be tried separately.

All of them had pleaded not guilty to the charges against them. (BBC)

FBI director: China is ‘greatest threat’ to US

July 8, 2020 byTSM Web Desk No Comments
The director of the FBI has said that acts of espionage and theft by China's government pose the "greatest long-term threat" to the future of the US.

November 1, 2018 byMalik No Comments
Researchers say that the world has seriously underestimated the amount of heat soaked up by our oceans over the past 25 years.