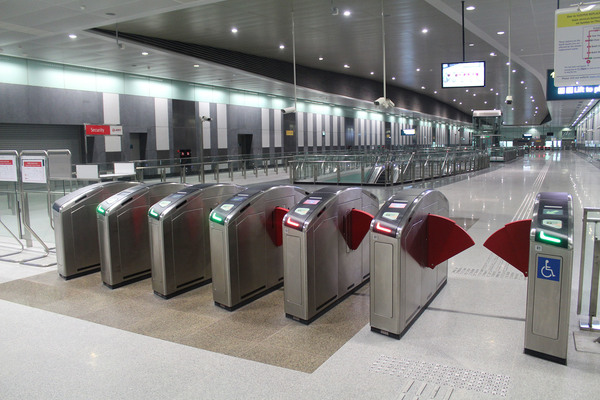 The awarding of the tender for Sri Lanka’s first automated railway ticketing system has been completed and is likely to reach the Cabinet for approval in two weeks, The Sunday Morning Business learnt.

On Thursday (15), the Asian Development Bank (ADB), the fund provider of the $ 20 million project, approved a $160 million loan to modernise Sri Lanka Railways through a number of improvements. The smart ticketing system is also included in this grand railway modernisation initiative.

Following a competitive bidding process, the Selection Committee has finalised a Chinese firm to undertake the project, according to sources at the Department of Railways.
Four Chinese firms had submitted bids for the tender and the rest of the bidders have been informed of the final decision through letters last week. The bidders have been given two weeks of time, starting from tomorrow (19) to appeal the decision taken by the Selection Committee.

“If the bidders have any issues with the decision, they have been given time to appeal. If we receive any appeals, we have to look into it; in which case, the whole project could be delayed,” the source noted.

Earlier this year, (3 February), The Sunday Morning Business exclusively reported that the automated train ticketing system will be implemented islandwide by the end of this year.

However, following the Easter Sunday tragedy, it was unclear if the original timeline for its implementation was still valid.
Nevertheless, if the committee does not receive any appeals from the bidders, the ticketing system is likely to be implemented by the end of this year, despite the looming presidential election ahead.

“Once the tender awarding receives Cabinet approval, the project can be started. The presidential election and the preparatory works will not have an impact on this project,” the source confirmed.

Subsequent to Cabinet approval, the Ministry of Transport and Civil Aviation Authority will sign an agreement with the selected Chinese firm and the project will begin immediately.

Following the technical evaluation of the tender proposals, which were received earlier this year, the Selection Committee shortlisted four Chinese companies to take part in the price bidding which began on 17 June. The price bid was followed by a price evaluation and the whole process took over a month before a competitive bidder was finalised.

This is ADB’s first loan to Sri Lanka’s railway sector. As Sri Lanka lacks the resources to build automated ticketing machines, ADB will import them with the required software installed. However, if the company awarded the tender wishes to import software by itself, they have to import software from a company or country approved by ADB.

Following the implementation of the automated train ticketing system, commuters will be able to do away with long queues as tickets can be bought in four different ways – the mobile app, vending machine, electronic card at gates, or counter as usual.

April 2, 2019 byCharindra No Comments
AIA Insurance Lanka PLC announced that it will delist the Company’s shares from the official list of the Colombo Stock Exchange (CSE).