Tie against Afghanistan ‘will stay in our memories’ – KL Rahul

India opener KL Rahul reflected on a thrilling tie against Afghanistan in India’s last Super Four match at the Asia Cup 2018, saying the game will stay in the players’ memories for a long time.

The game in Dubai on Tuesday, 25 September went down to the wire, ending in a dramatic tie. 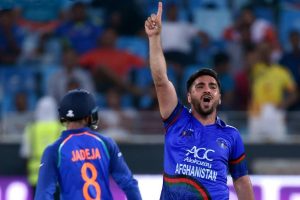 The game in Dubai on Tuesday went down to the wire, ending in a dramatic tie

In their chase, India were off to a solid start with Rahul (60) and Ambati Rayudu (57) adding 110 runs for the first wicket. Dinesh Karthik scored 44 from No.3, but then came the stutter, and India were bowled out for 252 off the last ball of the game.

Rayudu was the first to fall, and was followed soon after by Rahul, who failed in his attempt to reverse-sweep Rashid Khan and was trapped lbw. Rahul reviewed that decision, only to find that the ball would have gone on to hit the stumps, thereby exhausting India’s only review that could have been used later.

In hindsight, the 26-year-old felt he could have avoided rit. “It’s very tricky when you have just one review with you,” said Rahul after the match. “Obviously, looking back at it, I felt like I shouldn’t have taken the review but at that time, in the middle, I felt like maybe I was struck outside and I wanted to take that chance.

“Sometimes you can sit back here and review the review you took and say maybe you could have left it to the guys at the end but I felt like I could have been struck outside so I took that chance.

“We learn with it. The shot I played, the review that I took, I’ll have to go back and maybe if it happens again I’ll be in a better position to know what to do.”

India were on track in their chase, with Karthik batting well, but his dismissal changed things as the middle order struggled to stay at the crease in the face of some disciplined bowling by Afghanistan.

MS Dhoni, Manish Pandey and Kedar Jadhav could not occupy the crease for long, and only Ravindra Jadeja, who hit 25, helped India take the game deep. Rashid Khan, however, defended six runs in the last over. 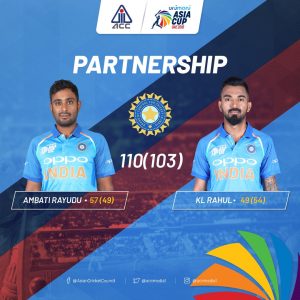 “I don’t think we crumbled,” argued Rahul. “When the ball starts slowing up and spinning like that, it is hard for middle order batsmen to come in and get the runs going. I think DK played really well, few good partnerships with Kedar and, in the end, Jadeja and Deepak [Chahar] put up a decent fight.

“So on wickets like this, I think as an opening batsman when we’ve got a start like that we are backing ourselves to finish the game and not let the middle-order guys struggle in the middle.”

Conceding that the slowness of the surface makes it hard for new batsmen to get going, Rahul said, “On a slow wicket when you come in to bat, it’s very hard to get the strike moving and get the boundaries.

“That puts a lot of pressure on them. It’s not an easy job on wickets like this. I don’t think it’s such a massive concern. We know the kind of talent and experience that we have in the middle-order. It is about time that they come good.”

Rahul was full of praise for Afghanistan, saying that the close encounter “will stay in our memories for a long time”. “In the past two-three years, we have seen how much improvement as a team Afghanistan have made,” Rahul said.

“We’ve seen likes of Rashid Khan, Mujeeb [Ur Rahman], Nabi… all these guys play in the IPL [Indian Premier League] and still performing and they played around the world in different franchises. 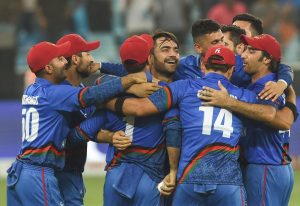 “The way they played today, it was really exciting”

“Overall, as a team, in the present times, we can’t look at Afghanistan as if they will walk over. They are very competitive as a one-day and T20 side. They keep proving it over and over again. The way they played today, it was really exciting.

“As a cricketer, you’d want to be part of such games where both teams compete till the end and if the result would have gone in our favour then we would have been happier but nonetheless, we’re still happy to have played a game like this and it will stay in our memories for a long time.”