Time for media to step-up 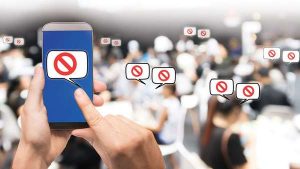 The media in Sri Lanka has had a long and colourful history dating back to the period before Independence. From the hostile takeovers by the State to censorship to intimidation and murder, journalism has faced many obstacles in its evolution in Sri Lanka. However, it has managed to continue to play a key role in shaping the political landscape that is now before the people of the country.

These past several weeks, following the Easter Sunday terror attacks, mainstream media came under a great deal of scrutiny. To the credit of several leading private media organisations, a decision was taken early on that day that they would refrain from reporting any news other than what was released by the Government. This was a bold decision as it opened them up to the possibility of self-censorship if the Government chose to release limited information.

However, the decision turned out to be a mature one when their reporting was put alongside other organisations that chose to go down the path of sensational news. Choosing instead to invoke emotion on the part of the viewers, rather than being a source of information, these media organisations soon adjusted their political antennas and tried to make maximum political mileage out of the attacks. Online platforms were soon divided over the content, with users both caught up in their own emotions and continuing to spread the unverified news or condemning the manipulative reports.

Despite the division that existed over the coverage of the terror attacks, the racist and populist content which emerged on mainstream media in the aftermath of the attacks has continued and evolved.

On 23 May, a leading Sinhala newspaper carried a lead story alleging that a Muslim doctor had carried out over 4,000 sterilisation procedures on “Sinhala Buddhist women”. The article, which failed to provide any concrete evidence to support its claims, sparked a huge outcry on social media, both positively and negatively. Heated debates ensued over the veracity of the report.

With the attention squarely on the doctor, media organisations with vested interests continued to push forward with their alternative agenda. The ethnicity of the doctor was highlighted, alongside the ethnicity of the alleged victims. Journalists went further by seeking out the opinions of Buddhist monks who are renowned hardliners. As expected, the continued criticism of the doctor and the undertone of racism spurred on a growing anti-Islamic campaign in the country.

Ironically, shortly after the release of this report, the doctor in question was arrested by the Police. However, the authorities made it clear upon his arrest that he had not been arrested for the allegations made in the newspaper article, but rather over undeclared property amounting to Rs. 400 million. The Police Spokesperson had also informed the media that there had been no such investigation into the doctor as the article had insinuated, and no such complaints had been received by the Police or the hospital.

Surprisingly, the Police followed this announcement with a second announcement that any person who had a complaint about the doctor in relation to the newspaper article should come forth and submit their details. The Ministry of Health had, on the other hand, appointed a committee to investigate these claims made against the doctor.

At the time of writing, it was reported that over 200 women had lodged formal complaints against the doctor and that they would now have to undergo testing to determine the accuracy of their claims.

The irresponsible nature of the news reports is highlighted through the fact that they were following up the recent communal riots which saw Muslim houses and businesses targeted around the country. With tempers running high on both sides, the media reports have only managed to fan the flames.

On Tuesday (28), a demonstration organised by Buddhist monks was held outside the Kurunegala Teaching Hospital where the doctor works. Thankfully, it remained peaceful. However, those on the ground said the atmosphere was tense with neither side knowing how the other would react.

Unfortunately, the media failed to depict this incident in any other light than a racial one. While focusing on the doctor’s ethnicity and his alleged links to the National Thowheed Jamath (NTJ), they have not explored the medical side or the corrupt side of the incident.

In fact, the day after the release of the article regarding the doctor, a Sinhalese man was arrested for leaving a bag of hand grenades outside a school in Baduraliya. With the recent fears over the threats to schools following the terror attacks, it would have been expected that such a story would have been given primetime coverage. Instead, following the initial reports, there has been minimal coverage.

The media has a central role to play as Sri Lanka struggles to ensure that it is not dragged into another civil war. With parties with vested interests continuing to capitalise on the situation, the public are being used as pawns. For an industry that has continually played a pivotal role in shaping the course that Sri Lanka has taken, the media once again finds itself at a crossroads.

June 17, 2019 bythemorninglk No Comments
Religion is supposedly a force for good, but as any student of history will know, it has repeatedly been utilised as a tool for mindless mayhem.

All set for two-horse race