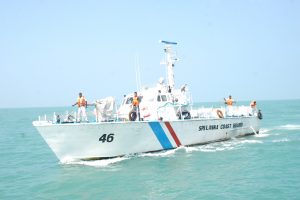 With the timely alert from Indian Security agencies, the Sri Lankan Coast Guard was able to intercept two boats carrying banned drugs from the Pakistani coast city of Karachi yesterday (10).

The input which was shared with Indian authorities by NCB was consecutively forwarded to concerned Sri Lankan agencies following which a timely intervention by coast guards prevented the illegal trade.

The operation was successfully executed based on the inputs by Indian security agencies, ANI reports.

According to Indian intelligence agencies, this drug business is a major source of income for Pakistan ISI and they use this in terror funding.