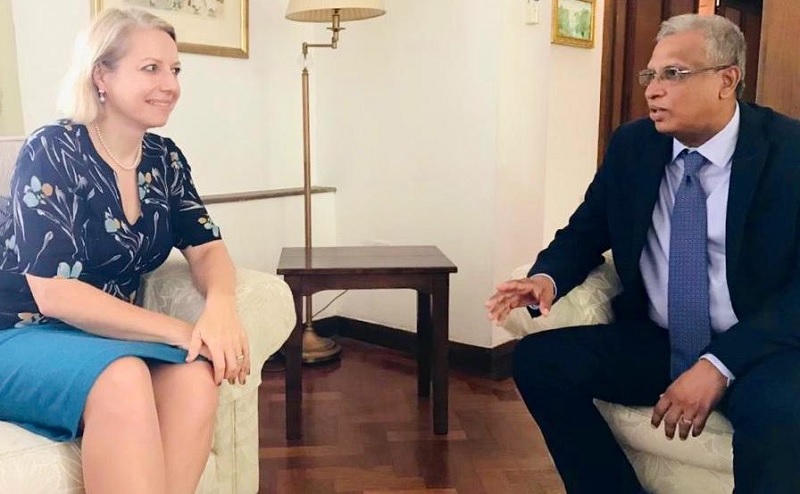 The Tamil National Alliance (TNA), last week, discussed the UN Resolution on Sri Lanka with the United Kingdom (UK) – the resolution which the new Government had said it would review.

TNA Parliamentarian M.A. Sumanthiran told The Sunday Morning that the UN Resolution on Sri Lanka was discussed during talks he had with the British High Commissioner to Sri Lanka Sarah Hulton last week.

The UK leads the Core Group on Sri Lanka at the UN Human Rights Council (UNHRC) in Geneva.

Sumanthiran said that he discussed the future of the resolution and several other matters with the British High Commissioner.
Last September, the UK delivered a statement on Sri Lanka on behalf of the Core Group to the UNHRC where it emphasised that it remained steadfast in its commitment to supporting Sri Lanka’s future through the implementation of the resolution.

April 9, 2019 byRandev No Comments
Former Terrorist Investigations Division (TID) DIG Nalaka de Silva has been ordered to be remanded further till 23 April over allegations of a plot to kill the President.