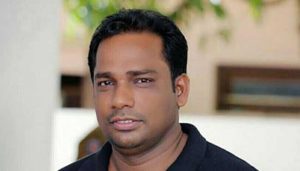 The MP, who now supports the Joint Opposition, said that he launched the strike in solidarity with the hunger strike launched by Ven. Athuraliye Rathana Thero in Kandy.

Ven. Athuraliye Rathana Thero commenced a hunger strike in Kandy on Friday (31) opposite the Sri Dalada Maligawa (Temple of the Sacred Tooth Relic) demanding the removal of Minister Rishad Bathiudeen and Governors M.L.A.M, Hizbullah and Azath Salley from their posts.

Gnanasara pardon to be challenged

May 26, 2019 bythemorninglk No Comments
The presidential pardon granted to the General Secretary of the Bodu Bala Sena (BBS) Ven. Galagodaththe Gnanasara Thera, is likely to be challenged in court.

Committee on MCC yet to receive TOR

December 22, 2019 bythemorninglk No Comments
The newly appointed committee to review the $ 480 million Millennium Challenge Corporation (MCC) agreement is yet to be informed about its scope and the time frame of its mandate, The Sunday Morning l