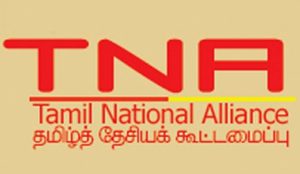 TNA Spokesman Parliamentarian M.A. Sumanthiran told The Sunday Morning yesterday that Rajapaksa’s camp had reached out to the TNA earlier for talks and if that invitation still stood, they were prepared to meet.

“Before we had talks with the other Tamil political parties and signed the memorandum, we had been approached by the SLPP for talks. So, if they are still interested, we will talk with them separately and see,” Sumanthiran said.

Sumanthiran said that the TNA had not yet taken a final decision on who it would support at the presidential election and would have talks with all sides before reaching a final decision.

Five Tamil political parties, including the TNA, had signed a memorandum last week on 13 conditions which would be put forward to the presidential candidates.

The memorandum was signed following talks held between the parties which was facilitated by Jaffna and Eastern University students.

The conditions includes a demand for a political solution for the Tamils, the abolition of the executive presidency, and the release of the Tamil political prisoners.

Rajapaksa had told the Tamil media yesterday that he would not meet the five parties as a group for talks based on the 13 demands.

Let us do things our way – President tells UN

September 26, 2018 byThe Sunday Morning No Comments
President Maithripala Sirisena urged the United Nations (UN) to allow Sri Lanka to resolve its issues on its own.