TNA to discuss Tamil cause with New Delhi 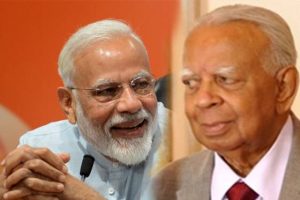 The Tamil National Alliance (TNA) is to send a delegation to visit India in order to discuss with New Delhi the current plight of the Sri Lankan Tamil community.

Leader of the TNA R. Sampanthan, speaking to The Sunday Morning, said that Indian Prime Minister Narendra Modi, during his recent visit to Sri Lanka, had invited the TNA to New Delhi.

“When Prime Minister Modi was in Sri Lanka, several matters were discussed and we have been asked to come to Delhi. So we are hoping to undertake that journey shortly,” MP Sampanthan said.

When asked as to what would be discussed with New Delhi, MP Sampanthan stated that the TNA hoped to urge India to play a more active role in ensuring the Sri Lankan Government kept its commitment to the international community with regard to the national question.

The TNA hopes to send its delegation in the coming weeks.

December 9, 2019 byTSM Web Desk No Comments
The prices of milk powder has been reduced with effect from today (09), according to the Consumer Affairs Authority (CAA).