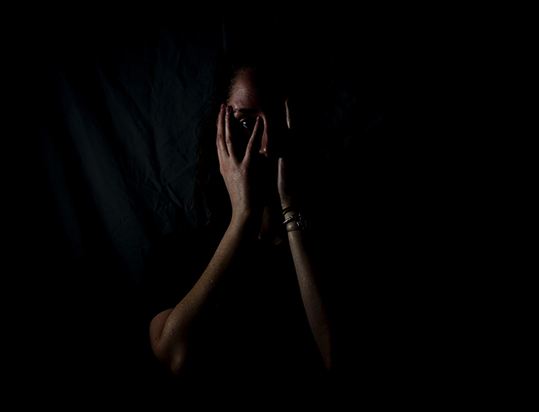 To be seen – the other side of harassment

January 20, 2020 by Bernadine Rodrigo No Comments

Catcalling is not something the women of Sri Lanka have not experienced. In fact, it is terribly common. Similarly, sexual harassment faced by women in this country, usually when they are dressed in normal, “modest” clothing, is awfully abundant. Almost every woman or girl who has been on the road has faced some form of harassment, either when using public transport or by simply being outside in a public place. Most often, horrifyingly, they have been facing this since they were young girls in school and it goes on forever until they are too old to leave the house. It is never heard in Sri Lanka, that women are sexually harassed by women, but it has always been identified that it is done by men, usually of older ages. What is shocking is how easily these men do this and how they just get away with it every day.

One lady recalled how as a school girl she would use the bus to go to and come back home from school. She said that when she was in about the ninth grade, an old man started using the bus daily. She noticed his presence because he would always look at her and smile. She said that she thought that he was really nice, especially because he was often seen taking his granddaughter to montessori. However, one day, the seat next to was empty and he sat next to her – that day everything changed. She recalled suddenly feeling the strap of her bag rub against her leg. She adjusted herself so that she would be more comfortable but, suddenly the slight rub became a firm grip. She had gasped in shock, but did nothing else. The bus stopped at the next halt and the man got down and walked off. She said that that memory still haunts her today and sometimes she even feels disgusted to sit close to her husband.

Another lady recalled how one man on a motorbike watched her every day as she went to school and one day came close to her. Luckily that day, her brother was following close behind, and being a well-spirited young man of 18, he started yelling which made the man quietly step back.

An elderly woman remembers a horrifying experience from her childhood, where her uncle once got into a fight with her father and actually kidnapped her. She was kept with her cousin brother for the entire night where he threatened her with rape. Her father went to the point of almost killing his brother and was only able to rescue her once he was unconscious. However, when speaking to this old lady, we realised that she did not sound horrified or traumatised at all. She just seemed distant and acted as though it was something she witnessed rather than experienced.

The younger girls seem to care more and seem more effected by their experiences than the older women. One girl still shivers when she talks about an event which she attended with her friends in school where a guy that they knew approached her. Her friends, apparently assuming that she wanted to be with the guy, slowly disappeared into the crowd. “There was a concert, I think it was Astronauts on Bicycles or The Lunatics, and he kept asking me to dance, but I didn’t want to dance and I told him no.” The guy had finally lifted her up and carried her to a corner in the dancing area, to an extremely crowded place, and held her close until the end of the song. No one had really objected or done anything, despite the uncomfortable looks she had given the people around. What’s worse is that at the end of the song, he kissed her without thinking twice.

Another young girl mentioned a time she was at an SLMUN conference, on a day when they had to wear a saree. She was sitting next to another delegate who kept trying to talk to her. As she tried to ignore him, he used his pen to slowly undo the tucking of the skirt. She said she was petrified and didn’t know what on earth to do! She had not told anyone about the incident until about a month later. Her best friend had wanted to file a case but then later thought that it would not amount to anything.

While each of these women faced different types of harassment, there is one thing they all have in common – none of them took any action against their harassers. They all remained quiet, tried to forget what happened, and moved on with their lives. While some were able to dissociate themselves from the experience, most others still relive the memories which are fresh in their minds.

Hence, the question lingers, “why won’t they fight back?” When presented with this question, most of them stared blankly or said: “We can’t, there’s no point.” Some even laughed and mind you, these are all women who have faced similar situations.

Those who are able to muster up some words said that they have been led to believe that no one will take them seriously and will simply dismiss them as overreacting females, which to some extent answers the question.

Society has constantly caused all people to believe that women are hysteric drama queens who behave as though everything is a great crime committed towards them. The sad fact is that, what happened to these women are indeed terrible crimes.

While those mentioned above had not gone so far as “rape”, there are – known to us all – many incidents such as these occurring in our country, which exploit women. However, no one takes any action against it. Why? It seems that we all believe that no one will ever do anything – especially the authorities in charge of maintaining the integrity of our society.

As one of the first female judges of our country, retired Justice of the Supreme Court of Sri Lanka, Justice Shiranee Tilakawardane said that the justice system of our country itself is not at all victim friendly. Hence, we are led to simply ignore these attacks as we know that nothing can be done. It was revealed at a recent conference organised by the European Union that more than 90% of the cases just get settled by the Police themselves and that the victims are sent home, usually with their abusers. It seems as a whole, that the entire issue of gender-based violence is simply taken lightly by the Sri Lankan legal system and most often is not even considered a punishable crime; that is of course in the view of the officials who have varying and biased opinions.

Regardless of whether or not anything is being done, while many women try to ignore the situation, it does not seem like they do not care. Many women are still largely in fear of being harassed or assaulted, which is why many of them said they do strange things to keep themselves safe. Some young girls claim they never, ever use public transport while some said they carry sharp objects when they do. Some say they make a lot of noise at home so that people around would think that they are with someone. When using things like cabs, some girls say that they pretend to be on the phone with a boyfriend so that people would think twice about doing anything or even speaking to them.

Therefore, it is abundantly clear that the issues of harassment bother women terribly. However, nothing is being done, which is a disturbing and frankly quite terrifying thing to witness.

June 12, 2019 bythemorninglk No Comments
One look at her beaming face makes one believe one never looked better at hitting 60! Born and bred in Brussels, Belgium, Fabienne Francotte is a self- taught artist.

May 22, 2019 bythemorninglk No Comments
If you heard this year’s Met Gala theme “camp” and were confused when you didn’t see any rolled up sleeping bags or a few pairs of combat boots, you’re not alone.