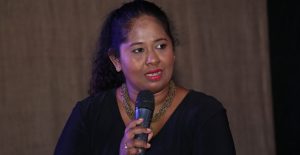 “From white collar employees to blue collar employees, women are some of the first to be impacted where tourism is concerned. For example, if you take something like housekeeping, the need for housekeepers depreciates when there are no guests coming into the hotels.” WIN Chairperson Dr. Sulochana Segera

Sharmila Rajapaksha is a mother of three who spent the last eight years as the sole breadwinner for her family, providing for them through her job as a receptionist at a prominent hotel in Ella. However, with the arrival of Covid-19 and the initial lockdown in March, the hotel closed its doors and let go of over 20 staff members, including Rajapaksha, leaving her without a source of income for almost eight months now.

As it turns out, Rajapaksha is just one among a large number of women who have suffered the same fate, according to recent statistics released by the United Nations Development Programme (UNDP) and the Sri Lanka Tourism Development Authority (SLTDA), which showcased that women were disproportionately impacted by the current Covid-19 pandemic in Sri Lanka.

The assessment done by the two organisations stated that women made up 67% of those who lost their jobs during this period, in all segments of the tourism industry. This statistic represents both the formal and informal tourism sectors in Sri Lanka.

Women in Management (WIM), a private limited company dedicated to uniting Sri Lankan career and women entrepreneurs, Chairperson Dr. Sulochana Segera agreed with the assessment, and stated that the pandemic has heavily resulted in women in both the formal and informal sectors losing their jobs.

Speaking to The Sunday Morning Business, she explained that this was because women are some of the first to be impacted in the tourism industry as a result of the roles they play.

According to Dr. Segera, in the formal sector women mostly work in roles that range from admin, human resources, the front desk to housekeeping, all of which are pretty vulnerable to job losses due to external impacts.

“From white collar employees to blue collar employees, women are some of the first to be impacted where tourism is concerned. For example, if you take something like housekeeping, the need for housekeepers depreciates when there are no guests coming into the hotels.”

She stated that this is much worse in the informal sector, as the range of women in the sector of tourism is much broader than that of the formal sector. Outside of Colombo, many of the smaller restaurants and homestays are run by women entrepreneurs or employ women staff, who directly depend on the tourists coming into the country.

Dr. Segera explained that women in these segments are currently facing a lot of issues since most of them solely depended on international tourists, due to local tourists opting to go to four and five-star establishments.

“These particular businesses mainly target foreigners because locals do not like to stay in homestays or go and eat Sri Lankan food. We need to look at the big picture – people are only focusing on these four and five-star hotels, but they will survive; these smaller informal establishments will not.”

Moreover, she stated that there are smaller segments of women in the industry who are indirectly impacted as well, such as those who sell vegetables to both the formal and informal sector hotels and handcraft souvenirs for the shops.

Nelum De Silva, an informal sector female entrepreneur with a homestay in Galle, attested to this, stating that many of the homestays in the region have been closed indefinitely. She explained that many of these homestays are run by women as an extra source of income, while their husbands go to their nine-to-five jobs.

“Our primary target is foreigners; they come and stay with us on average for about three to seven days, eat our food, and we even act as tour guides sometimes. Since we are in one of Sri Lanka’s biggest tourist regions, we have always made a lot of money through it, but now we have not had any business for months.”

She stated that most of the homestay owners tried attracting the domestic market during the last few months, but was unsuccessful in doing so.

According to SLTDA Director General Dhammika Wijayasinghe, there are more women in the informal sector than the formal sector, with the latter only having a 4-5% female representation. She explained that in order to curb this impact on the women in both sectors, the UNDP and SLTDA, with financial assistance from Citi, are set to develop a livelihood support mechanism for female entrepreneurs, with a particular focus on women who are unable to access existing livelihood support services to revive their businesses.

The media statement by the UNDP stated that while the Government has made significant progress in initiating early relief measures to businesses, doing so for women in the informal tourism sector has proven to be a challenge. This is due to problems posed in the form of low wages, precarious working conditions, the absence of any social protection, and an increase in unpaid work and care burdens during the pandemic.

“Building resilient social protection systems that help informal sector workers to withstand shocks are a critical element of Covid-19 responses. Supporting female workers affected by the crisis is a key component to ensuring that no one is left behind in Sri Lanka’s socioeconomic recovery efforts. This is both direct relief and recovery, and the initiative will test new approaches to inform future social protection policy thinking,” said UNDP Resident Representative in Sri Lanka Robert Juhkam.

The programme will directly support 900 women selected from all nine provinces in Sri Lanka. The project initiatives will benefit at least 3,500 men and women indirectly throughout the country. This will be a grant and it will be a relief to the affected parties.

Tourism authorities in provincial councils have been asked to identify women engaged in the tourism sector and women who have already registered with the SLTDA who will also be considered for the selection. Selection of beneficiaries will be done by a panel and it will be a transparent process. Each selected beneficiary will get around Rs. 50,000 worth of assistance.

SLTDA Chairperson Kimarli Fernando stated that the selected women will receive business development services to enhance their skills for alternative livelihood development. A system will be established to follow up with grant recipients to support them to utilise the grant for developing a complementary livelihood with the support of the provincial tourism authorities.

“Existing and potential female entrepreneurs will be further supported to obtain business registration with the SLTDA, enabling them access to livelihood support from the Government in the future.”

The project will engage provincial councils to identify women like Rajapaksha and De Silva, who have been impacted by the ongoing pandemic, in order  to sustain the efforts of the initiative. It’s also in line with the UN (United Nations) framework for the immediate socioeconomic response to Covid-19 that calls on countries to build forward better.

August 23, 2020 byCharindra No Comments
While the recent reduction on interest rates on credit cards is expected to encourage the credit card usage in the country, banks are likely to incur a significant fixed cost element due to a drop in

December 2, 2018 bythemorninglk No Comments
The value of FDIs received by Sri Lanka during the first three quarters of 2018 has surpassed the FDIs attracted for the whole of 2017, and set a new all time record.