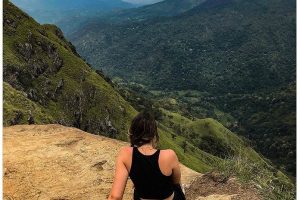 In addition to the hundreds of lives lost and hundreds more injured, the impact of the Easter Sunday terror attack had far-reaching consequences – particularly for the tourism industry where millions have been left helpless.

Negombo is one if not the tourist hub on the west coast, particularly due to its proximity to the Bandaranaike International Airport. It is also where St. Sebastian’s Church is located – one of the targets of the Easter Sunday suicide bombers. As a result of the terror attacks, tourism in Negombo, much like in most parts of the country, had come to a complete standstill.

Negombo, especially Lewis Place, used to be teeming with foreigners, but on a visit to the area, the empty streets were the first noticeable attribute. Camelot Beach Hotel Negombo Managing Director/Chairperson Maryse Adams, speaking to The Sunday Morning, said that cancellations at the hotel began the very next day after the attacks.

“We had 50 cancellations for the summer period between 1 May and 30 October. Currently, we are running the hotel at only around 10% occupancy,” Adams said. She stated that the first week after the attacks accounted for over 190 cancellations. She went on to note that the hotel had taken heavy loans in the previous few years to refurbish the property, and that taking more loans to sustain the daily activities was not an option.

“We took dollar loans to refurbish the hotel. With the current state of the industry, we are hard pressed to payback those loans. So it is not an option to take more loans,” she said. She also noted that Camelot Hotel could not offer additional discounts like other industry hotels due to the losses they would incur: “At present, we are offering a general discount of 40-45% of our normal rates. This is valid from April to October.

However, we cannot afford to offer any more discounts at this point.”
Adams further said that she hoped the Government would provide financial assistance for the industry, in order for it to recover in a speedy manner.

“What would be of great assistance now would be a freeze on capital and interests of the loans we took. They were at high interest rates,” she said, adding that if the Government could also provide soft loans, it would help the hotel.

Camelot Beach Hotel Negombo General Manager Indika Fernando noted that the hotel had a staff of 140.

“We do not want to fire any of our staff as they are loyal employees. We may have to send some of them on unpaid leave till things start picking up,” Fernando said. A citizen of Negombo, Fernando also pointed out that not only from hotels, but the whole value chain of the tourism industry was affected – right down to the three wheel driver.

“Tourism is the bread and butter for those in Negombo. Upwards from the three wheel driver – everyone depends on tourism for their livelihood.”

Goldi Sands Hotel General Manager Lal Dissanayake said that within a week of the attack, cancellations had taken place in the hundreds.

“We had cancellations up to October 2020. Right now, we are running at 20% occupancy and that too because of local guests,” Dissanayake said.

He said that the usual tourists were from Germany, Sweden, Finland, Holland, and Belgium. Further, he noted that the hotel had taken around Rs. 400 million worth of loans in 2015 for refurbishment.

“The Government should take initiative and provide us with soft loans at good interest rates,” he said, adding that soft loans would help with the daily functions of the hotel.

Meanwhile, Sherry Land Banquet Hall and Guesthouse Nilwala Owner Shenal Fernando said that in his 29 years of managing his properties in Negombo, this had been the biggest drop in tourists: “Both tourists and locals have stopped coming to Negombo altogether. They are scared,” he said, adding that 90% of the daily income had been lost as a result.

He too said that he had taken loans for the refurbishment of his properties, yet he was determined not to lay off any of his employees.

“We have around Rs. 2.3 million to settle in loans. We have not decided on letting go of any of our staffers, and I am adamant that we don’t, as some have been working with us for over 15 years,” he said, adding that as a temporary measure, some staffers had gone on unpaid leave to find odd jobs and get a daily wage.

Several three-wheel drivers too lamented on the state their trade was in.
Michael Perera (36), who has been driving a three wheeler for over a decade now, said that he felt helpless.

“We would make a decent daily income by driving tourists around. Even a hire of a few kilometres would help us but now, not even locals visit the area,” Perera said.

However, in a positive initiative by the Government, the Ministry of Finance on Tuesday (7) announced a “relief package” to strengthen the tourism industry affected by the Easter Sunday attacks.

Accordingly, a moratorium period until 31 March 2020 for both capital and interest payments has been granted to the tourism sector as of 18 April 2019, which would be given on a case-by-case basis.

An allocation of Rs. 1.5 billion for providing relief for the tourism sector under the “Enterprise Sri Lanka” loan schemes was also part of the package.

Additionally, the value added tax (VAT) on the tourism sector was reduced from 15% to 5% on hotels and tour operators registered with the Sri Lanka Tourism Development Authority, from 1 April 2019 to 31 March 2020.

January 7, 2019 bythemorninglk No Comments
Liquid Petroleum Gas (LPG) companies have sought a gas price increase, mainly as a result of the Rupee depreciating against the US Dollar.