Trade deficit shrinks in August after expanding in July 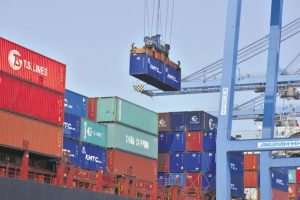 Sri Lanka’s trade deficit shrunk in August 2019 as the decline in imports continued while the dip in exports in the previous month has largely recovered, the Central Bank of Sri Lanka announced today (14).

The trade deficit fell to US dollars 540 million in August 2019 compared to the deficit of US dollars 717 million recorded in July 2019.

Earnings from merchandise exports declined marginally by 0.4 per cent (year-on-year) to US dollars 1,033 million in August 2019 led by a decline in agricultural exports followed by mineral exports while industrial exports grew, supported by higher earnings from textiles and garments.

Expenditure on merchandise imports contracted notably in August 2019 for the tenth consecutive month by 16.6per cent(year-on-year) to US dollars 1,574 million registering a decline across all major categories of imports.

The deficit in the trade account contracted by US dollars 2,386 million to US dollars 4,854 million during the first eight months of 2019 in comparison to US dollars 7,240 million in the corresponding period of 2018. The major contributory factors for this decline were the decrease in the imports of personal vehicles and gold alongside the increase in exports of textiles and garments.

November 5, 2018 byCharindra No Comments
The Sri Lanka Gem and Jewellery Association (SLGJA), the apex body of the gem and jewellery industry of Sri Lanka, recently appointed Ahsan Refai as its Chairman along with a new governing body.