Trains halted as unions continue strike without prior notice 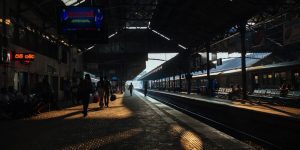 The railway trade unions had launched a strike from midnight yesterday (03) and since then not a single office train was operational this morning.

The Railway Department had stated that this island-wide disruption was carried out without the customary prior notice that is required of any trade union before a strike.

Due to failures by relevant authorities to take disciplinary action against a drunk employee, railway trade unions had decided to carry out this island wide strike.

The union claims that the Secretary of the Ministry of Transport had exerted influence towards the Railways General Manager to reinstate the employee who has since been suspended from his duty.

However, those who were most affected by this strike, in particular, were those office commuters who choose to travel by mode of rail to Colombo for work.

This strike left several commuters stranded in train stations across the island.

October 23, 2019 byTSM Web Desk No Comments
President Maithripala Sirisena has issued a Gazette Extraordinary calling upon the armed forces to maintain public order across the country with effect from midnight yesterday (22).

February 21, 2020 byJennifer No Comments
The Attorney General’s Chambers (AGC) in Malaysia has decided to drop all charges against 12 people who were accused of supporting the Liberation Tigers of Tamil Eelam (LTTE), the Malaysian media has