Two arrested with passports stolen by IS 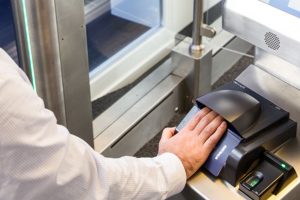 Two suspects have been arrested by the Criminal Investigation Department (CID) with passports stolen by the Islamic State (IS).

The two foreigners were arrested when they entered the country and it was found that they had the passports listed as lost or stolen by Interpol.

“After Interpol informed the authorities, the CID had taken the two foreigners into custody together with their passports. The passports they used to enter Sri Lanka had been stolen by IS,” he added.

When The Sunday Morning contacted Controller General of Immigration and Emigration R.M.P.S.B. Rathnayake, he said immigration officers had taken one foreign national into custody and later alerted the CID over the second passenger who had entered the country using a stolen passport.

During ongoing investigations, CID detectives revealed the two foreign nationals had claimed that they had arrived in Sri Lanka on holiday, but the detectives suspect that the two foreigners may have had other motives.

March 14, 2020 byTSM Web Desk No Comments
US President Donald Trump has declared a national emergency to help handle the growing outbreak of coronavirus.

March 17, 2019 bythemorninglk No Comments
The price of imported milk powder was increased with effect from yesterday (16).