– Treasury Secretary retained on Monetary Board 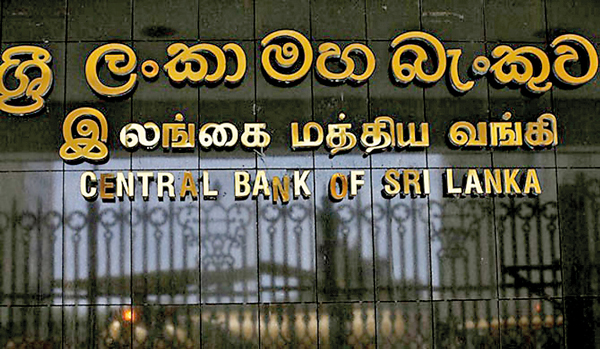 The draft Monetary Law Bill, which aims to depoliticise the Central Bank of Sri Lanka (CBSL) and secure its independence, is to undergo two major changes from its initial draft, The Sunday Morning Business reliably learns.

Accordingly, economic growth has been added to the list of objectives of the CBSL and the Treasury Secretary has been retained on the Monetary Board as a non-voting member, our sources indicated.

The initial draft of the proposed bill was submitted for Cabinet approval in August by the Finance Ministry. The Cabinet thereafter requested the Parliament’s Committee on Public Finance to review it.

Following this review, the Committee on Public Finance, in consultation with the CBSL, has sent the amended draft to the Treasury to be resubmitted for Cabinet approval.

The inclusion of economic growth into the list of objectives of the CBSL is a significant step. Currently, the CBSL’s two primary objectives are economic and price stability and financial system stability. However, under the amended draft bill, the CBSL would also have to ensure its monetary policy is geared towards gross domestic product (GDP) growth, which goes beyond economic stability.

In its Road Map 2019, the CBSL outlined plans to implement flexible inflation targeting (FIT) as its new monetary policy framework by 2020. In fact, last month, CBSL Governor Dr. Indrajit Coomaraswamy, addressing an event noted that Sri Lanka has already transitioned to a flexible inflation targeting monetary policy regime, well ahead of the 2020 deadline.

In light of the latest amendment to the Bill, the CBSL will have to take into consideration economic growth, alongside its current focus on inflation targeting. However, it is yet unclear which of these would be the primary focus.

On 17 September, responding to a question on economic development posed by Softlogic Group MD/Chairman Ashok Pathirage at a session at the Sri Lanka Economic Summit 2019, Dr. Coomaraswamy reiterated that this was not among the CBSL’s responsibilities.

“The remit of the Central Bank is often misunderstood. We are not in the business of development. That’s the government’s job. Our objectives are price and economic stability and financial system stability,” he said.

The second change, the retention of the Secretary to the Treasury in the Monetary Board as a non-voting member, appears to be a result of a major compromise. As per the existing Monetary Law Act, the Treasury Secretary is one of five members on the Monetary Board headed by the Governor of the CBSL. Economists have long lamented the CBSL being pressurised by successive governments to align its monetary policy with the political goals of each government.

Governments have done this mainly by forcing CBSL to finance them through money printing and by preventing CBSL from raising policy interest rates in order to pursue unsustainable economic growth figures. Buying Treasury Bills with printed money has been a major driver of economic instability and the push to keep rates down can lead to the economy overheating.

Crucial to the exertion of  this pressure has been the Treasury Secretary, whose presence in the Monetary Board has long ensured that successive Governments have exerted the control and influence it desires on monetary policy. As one of the main reasons the Government decided to drive through a new Monetary Law Act was to depoliticise the CBSL, it was proposed to remove the Treasury Secretary from the Monetary Board.

However, this new compromise means that the Treasury Secretary would remain in the Monetary Board but only as a non-voting member, able to discuss policy issues, but not allowed to vote, unlike the current situation.

It appears that this decision has been taken to make sure that the Monetary Board is briefed on fiscal policy developments and other aspects of the Government’s economic policies, and that the Finance Minister is kept fully briefed on monetary policy.

The Sunday Morning Business exclusively reported on 15 September that the Parliamentary Committee on Public Finance, during the review period, was sharply divided on the proposal to remove the Treasury Secretary from the Monetary Board of the CBSL. The status of the draft bill or when it would receive parliamentary approval is not clear at the moment.

July 31, 2019 byCharindra No Comments
Sri Lanka welcomed over an estimated 117,000 tourists in July 2019, which is a month-over-month growth of 80%, according Sri Lanka Tourism Promotion Bureau (SLTPB) Chairman Kishu Gomes.