Two minutes of silence remembering the victims of the Tsunami 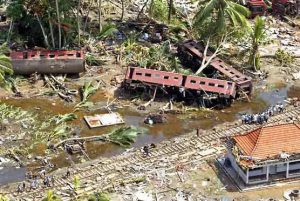 Two minutes of silence was observed around the Island today from 9.25 am to 9.27 am to commemorate all those who lost their lives due to the Tsunami.

Today marks the 15th anniversary since Sri Lanka faced the devastating disaster that hit the island in 2004 killing over 35,000 people.

On December 26, 2004, an undersea earthquake with a magnitude of 9.1 struck off the coast of the Indonesian island of Sumatra generating tsunami waves which caused massive destruction in several countries including Sri Lanka.

December 8, 2019 byTSM Web Desk No Comments
The Swiss Embassy employee who was allegedly abducted and questioned by an unidentified group is reported to have provided a statement to the Criminal Investigation Department(CID).

SLMC urged to act on doctor involved in theft

June 12, 2020 byTSM Web Desk No Comments
The Association of Medical Specialists (AMS) has urged the Sri Lanka Medical Council (SLMC) to conduct a disciplinary inquiry on the doctor who was involved in the failed money heist that took place a