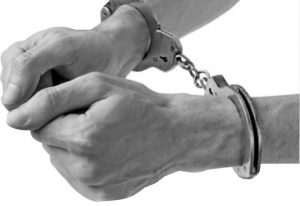 Two persons who are supposed to be close associates of National Thowheed Jamath (NTJ) leader, Zahran Hashim have been arrested in Horowpathana last evening (16).

The arrest which was carried out the Special Task Force (STF) took place in Paththewa in Horowpathana, and the suspects were later handed over to the Police to conduct further investigations.

It was reported that Noor Mohammadu Abdul Rasool and Kana Mohamed Mijam, who were arrested yesterday, were well aware of the next step and the future plans of the NTJ.

It has been understood that the two individuals were also contracted to construct a new mosque of the NTJ in Horowpathana area.

December 17, 2018 byRandev No Comments
Prime Minister Ranil Wickremesinghe, speaking at a mass rally held today at Galle Face Green, has stated that he is looking to form a new Alliance, The National Democratic Front (NDF).