September 13, 2020 by Madhusha Thavapalakumar No Comments 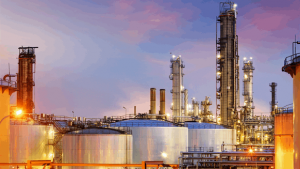 The Government is seeking investors to construct two oil refineries in Sri Lanka with one of them expected to be built exclusively for export purposes, while the other one is to fully cater to the local oil demand, The Sunday Morning Business reliably learnt.

Well-placed sources at the Ministry of Energy told The Sunday Morning Business that Hambantota has been confirmed as the location of the refinery that would be built for export purposes.

In early August, then Ministry Spokesman Dharma Wanninayake told The Sunday Morning Business that the Government is on the lookout for investors to build a second refinery in Hambantota with the purpose of refining Sri Lanka’s entire fuel demand locally.

However, the purpose of the refinery appears to have changed following the general election and will focus purely on exports. To cater to the local demand, a refinery has been planned to be built on the premises of the Sapugaskanda Refinery, the only oil refinery in the country at present. This new refinery is expected to be larger than the existing Sapugaskanda Refinery.

The Ministry has advised state-owned Ceylon Petroleum Corporation (CPC) to find potential investors to undertake these projects as a public-private partnership (PPP). The estimated cost of the Hambantota project would be $ 2.5 billion, while the new Sapugaskanda Refinery’s cost is yet to be calculated. The investor could either be local or foreign.

Plans to build a second refinery in Hambantota were originally initiated in 2014, under the Presidency of current Prime Minister Mahinda Rajapaksa. According to Wanninayake, the project received the nod from the Cabinet of Ministers, the same year.

Nevertheless, the Government that was elected in January 2015 reportedly abandoned the project and as a result, the estimated cost of the project skyrocketed to $ 2.5 billion in 2020, from $ 95 million in 2014, Wanninayake further stated.

The project has now come alive as the Sri Lankan Government is concerned about the foreign exchange earnings splurged on refined fuel imports when the country has potential to refine its fuel requirement and even to export fuel to other countries.

The Sapugaskanda Refinery is the single largest refinery in Sri Lanka, built by Iran under the guidance of the CPC in August 1969. The refinery was initially designed to process 38,000 barrels per stream day of Iranian Upper Zakum crude oil and Arabian light crude oil. Only these oils match the technical specifications of the refinery, and processing other types of oils requires modern technology which the refinery lacks.

The over-50- year-old refinery, in its early years, refined about 50,000 barrels per day, producing a mix of diesel, kerosene, gasoline, furnace oil, and naphtha. The complex has five oil tanks of 40,000 MT in a 165-acre land in Sapugaskanda.

According to the CPC Trade Union, in 2002, the estimated cost to refurbish the refinery was $ 18 million, but now it would cost around $ 69 million. Nevertheless, as Wanninayake stated, the subject ministry is looking into ways to revive the Sapugaskanda Refinery too.

Last year, the then Government announced plans to construct an oil refinery complex in the Mirijjawila Export Processing Zone with a Foreign Direct Investment (FDI) of $ 3.85 billion from Oman and Singapore. The Singaporean investor was Silver Park International Pte. Ltd. and from Oman, it was the Sultanate of Oman Ministry of Oil and Gas.

The refinery was expected to be the first oil refinery set up in the country after several decades, with the capability of generating $ 7 billion worth of export revenue per annum when fully operational.

The project created controversies on the legitimacy of the investor. At that point, Transparency International Sri Lanka stated that Silver Park International Pte. Ltd. is a company controlled by the family of Tamil Nadu politician and former Indian Union Minister Dr. S. Jagathrakshakan, whose business interests have previously been implicated by Indian authorities and the media in several alleged corruption scandals.

Even though then Prime Minister Ranil Wickremesinghe laid the foundation stone to construct the first oil refinery in Mirijjawila in Hambantota on 24 March last year without signing a land lease agreement, the project was ultimately abandoned.

March 27, 2019 byCharindra No Comments
SriLankan Airlines will increase its number of frequencies to Tokyo up to five per week, with Sri Lanka growing rapidly in popularity as a destination for Japanese travelers.

Attracting foreign exchange: Are we on the right track?

April 12, 2020 byCharindra No Comments
The motivation behind the Government's latest measures to attract and preserve foreign exchange is understandable, but the cure must not be worse than the illness, says Advocata Institute.