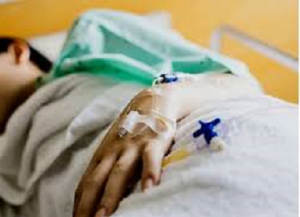 Two including a Chinese woman has been admitted to the Infectious Diseases Hospital (IDH) in Colombo on suspicion of having contracted the coronavirus.

Phlegm and blood samples of the two individuals have been directed to the Medical Research Institute in Colombo for testing.

The virus has killed at least 41 people and infected almost 1,300 since its discovery in the city of Wuhan.

The virus has spread to Europe, with three cases confirmed in France.

The cases largely involve people who had recently travelled from the affected region in China.

China’s neighbours in the Asia region are on high alert, however, with cases reported in Thailand, Singapore, Japan, Taiwan, Malaysia, Vietnam, South Korea and Nepal.

There are also cases in the United States.

May 16, 2020 byTSM Web Desk No Comments
Out of the 14 positive cases reported today, 12 are Navy officers, the Sri Lanka Navy said.

Repatriation of Lankans: Govt. says delays due to logistical issues

May 14, 2020 byTSM Web Desk No Comments
Amidst various reports of political interference in Sri Lankans being repatriated to the country, the Government
yesterday (13) asserted that no VIP was given special treatment when it came to repatri